As a result, there are fewer young people to support the growing number of pensioners around the world, requiring many people to retire later than they planned.

The average expected length for retirement in OECD countries has remained mostly flat in recent years (staying put at around 20 years for women and 18 years for men). Still, lengths can vary widely thanks to factors such as a country’s retirement age or life expectancy.

Here is a selection of how retirement lengths stack up throughout the world. 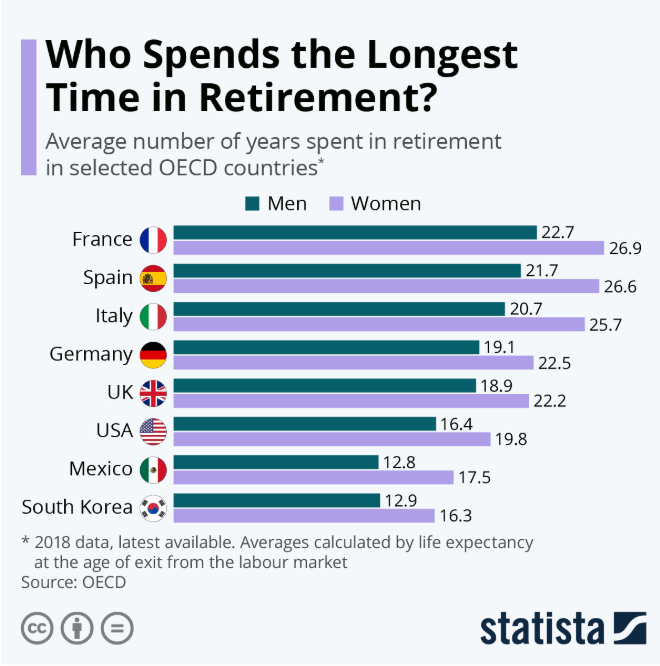 25 years or more
New OECD statistics show that French pensioners spend the longest time in retirement out of all OECD countries: nearly 27 years for women, and just under 23 for men.

The typical retirement age in Korea is also higher: around 68 years for men and 67 for women. Korea is also expected to have one of the oldest populations among OECD countries. Around half of these workers will be 50 and older by 2050.

Unless key measures are taken that gap will widen. According to the World Economic Forum’s Investing in (and for) our Future 2019 report, that number is forecast to reach $400 trillion by 2050. 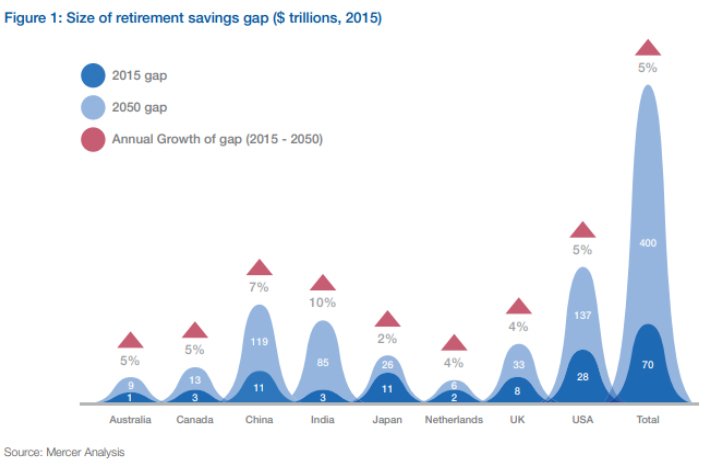 To bridge this gap across the OECD, personal pension savings will be key. The World Economic Forum’s report stresses that policy-makers, employers and asset managers need to explore incentivising contributions and optimise how these monies are invested.

In some countries, such as Singapore, this thinking has led to the creation of special accounts for housing or healthcare. In other countries, such as the UK, age requirements for products such as annuities have been lifted, promoting savings.

These and other creative savings approaches will be key in helping people achieve the best outcomes as retirements shorten and life expectancy lengthens.

This article was originally published on the World Economic Forum website.

Which country do you believe has the best retirement system in place?