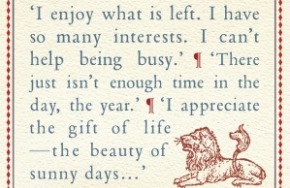 In her new book In Praise of Ageing, Patricia Edgar tells the stories of eight people who have lived into their 90s and beyond. These people may be over 90-years-of-age, but they are far from ‘old’. Jim Brierley was still jumping out of aeroplanes until he turned 88. When Lesley Falloon turned 90 she had so many friends who wanted to celebrate her birthday that she was thrown 16 parties. Australian feminist Mary Owen fulfilled a lifelong dream when she learnt to rollerskate at 75.

As Dr Edgar charts each of these unique lives, she adds fuel to her argument that, rather than dwelling on the burden of Australia’s ageing population, we should be focussing on the rich and varied lives which older people lead.

She asks “When is someone old? Is 50 the magic number? Is 70 the new 60? Are we old when we retire? When we qualify for a seniors card? At the point we are defined as ‘old’ we are assigned to a category. We are often patronised, ignored, shouted at, called love, dear and darling – not our name – and expected to dwell on the margins of society.”

Dr Edgar takes the bigger issue of ageing policy in Australia and makes it personal. The book is due to be released by Text Publishing on 25 September 2013. To find out more, visit the Text Publishing website.