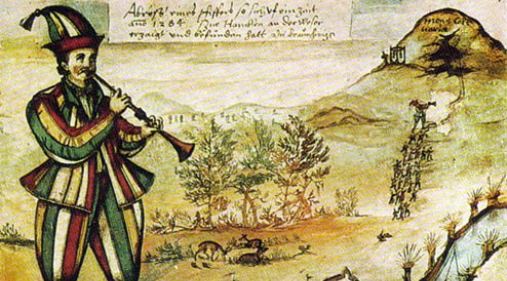 Everyone knows the tale of the Pied Piper of Hamelin, who lured 130 children away by playing his pipe, but few people realise that the story is based on real events, which took place on the day of Saints John and Paul on 26 June in the town of Hamelin, Lower Saxony, Germany in 1284.

A town facing a rat infestation was visited by a piper, who promised to get rid of the rats in return for money. However, after the piper succeeded in leading the rats away, the townsfolk failed to pay him. In revenge, the piper seduced and kidnaped 130 children from the town, and they were never seen again.

The earliest known depiction of the story was in a stained glass window in the church of Hamelin, dated around 1300 but destroyed in 1660. The street in Hamelin, where the children were last seen, is today called Bungelosenstrasse, translated to ‘street without drums’. No one is allowed to dance or play music there.

The story of the Pied Piper was turned into a poem by Robert Brown in 1889, as a cautionary tale made to frighten children. Why not read the entire poem here?