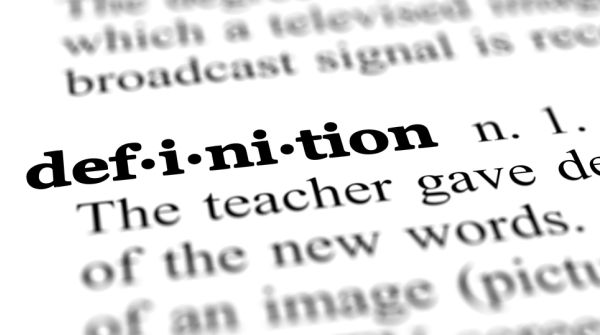 Imagine how varied your vocabulary would be if you were able to learn one new word each week.

origin: Fubsy is formed on the basis of the obsolete term fubs or fub, used as a term of endearment meaning ‘chubby person’. It entered English in the late 1700s.

verb: to adopt a posture, characteristic of some men, of sitting with the legs wide apart, with the result that the person takes up more than his fair share of room on public transport, at a dinner table, etc.

adjective: 1. moderate in the use of food and drink; sparing in diet; temperate. 2. characterised by abstinence.

adjective: playful in an aimless way: the ludic behavior of kittens.

origin: Ludic stems from the Latin verb lud?re meaning ‘to play’. It entered English in the mid-1900s.

noun: a person of great and varied learning.

noun: any person, especially a director or producer, associated professionally with filmmaking.

origin: Cineaste comes from the French cinéaste. It entered English in the early 1900s.

noun: the quality of being munificent, or showing unusual generosity – e.g. The museum’s collection was greatly increased by the munificence of the family’s gift.

origin: Salubrious finds its roots in the Latin word for health: salus. It entered English in the mid-1500s.

verb: To dance and skip about in play; to frolic.

origin: Gambol is related to the Middle French term gambade meaning ‘a leap or spring’. It entered English around 1500.

noun:a lazy person who stays in bed long after the usual time for arising.

origin: Slugabed is formed from the word slug meaning ‘to be slow’ and the rare adverb abed meaning ‘in bed’.

adjective: easily broken; breakable: Most frangible toys are not suitable for young children.

origin: Frangible entered English by way of Old French and ultimately derives from the Latin frangere meaning ‘to break’. The more common adjective fragile also finds its roots in this Latin verb.

noun: Psychiatry. An abnormal fear of being buried alive.

origin: Taphephobia is a combination of the Greek word taphe, meaning ‘grave’, and the combining form -phobia meaning ‘fear’.

Nautical. a. an open cask of drinking water. b. a drinking fountain for use by the crew of a vessel.

origin: Scuttlebutt entered English in the late 1700s from the word scuttle, referring to a hatch in the deck of a ship, and butt in the sense of a cask or barrel. The informal sense arose in the early 1900s.

noun: a person who has recently or suddenly acquired wealth, importance, position, or the like, but has not yet developed the conventionally appropriate manners, dress, surroundings, etc.

noun: a meaningless or nonsensical piece of writing, especially one intended as a parody.

origin: Amphigory entered English in the early 1800s from the French wordamphigouri, but its origin in French remains unknown.

noun: (informal) a person or thing that shows marked ability or excellence.

origin: Crackerjack is an Americanism that came to English in the late 1800s.

origin: tommyrot entered English in the late 1800s and is related to the word tomfool, a term that describes a grossly foolish or stupid person.

origin: Opprobrious can be traced to the Latin opprobrare meaning ‘to reproach; taunt’. It entered English in the mid-1300s.

noun: environmental design of residential and park land using various methods for minimising the need for water use.

origin: Xeriscaping emerged in the 1980s. The word xeric means ‘of, relating to, or adapted to a dry environment’, and is derived from the Greek term xerós meaning ‘dry’.

noun:(in the Near East) a professional interpreter.

origin: Dragoman is related to the Arabic word tarjuman meaning “interpreter.” It entered English in the 1300s.

adjective: feelings of excitement when you see the subject of your affection, smitten

origin: coined in 1954 by US writer, Sylvia Wright. The line ‘laid him on the green’, from a Scottish ballad was misinterpreted to be ‘Lady Mondegreen’.

noun: a person (especially an old man) who is easily annoyed or angered and who often complains

Usage example: “Only a grumpy old curmudgeon could fail to be moved by the random act of kindness bestowed upon him.”

noun:1. any very wealthy, influential, or powerful person. 2. Also, nawab. a person, especially a European, who has made a large fortune in India or another country of the East. 3. a viceroy or deputy governor under the former Mogul empire in India.

Usage example: “Working out of uniform, in the British society of the Indian city, the boy from Georgetown had managed to embroil himself in a contretemps with a young woman, the headstrong second daughter of a prominent nabob.”

origin: Flumadiddle is an Americanism that arose in the 1840s as a combination of flummery, meaning ‘complete nonsense’, and diddle, meaning ‘to fool with’.

Usage example: This flumadiddle’s got to stop; I’m not having it any more.

adjective: before a meal, especially before dinner.

origin: preprandial came to English in the early 1800s from the Latin prandium meaning ‘luncheon, meal’.

origin: Quixotic is an eponym based on the character Don Quixote from Miguel de Cervantes’s book of the same name in which a delusional would-be knight-errant roams the countryside in search of adventure.

word of the week

More From: Word of the week