The fact the cost of food in Australia has spiked this year is not news to most people.

But data tracking 28 specific grocery items over the past few years shows which product prices have gone up the most, which ones have had a drop and which have remained stable.

The figures from Deakin University’s Institute for Health Transformation back up the increase that has drawn the most attention – the sky-rocketing price of lettuce.

All kinds of leafy greens have been missing from grocery aisles in recent months, including broccoli, which has had the second-biggest leap.

Tomatoes have had the third biggest jump, increasing by 25 per cent more over that same period.

Deakin University researcher Christina Zorbas said most things were costing more in general, meaning grocery bills were higher even if you avoided lettuce, broccoli and tomatoes.

“On average, fruit and veg prices have gone up 7 per cent.”

“Other foods, core stuff we eat on a day-to-day basis like bread, have also gone up 10 per cent.”

She said other staples were also on the rise, with spaghetti increasing by 13 per cent, potatoes by 12 per cent and milk by 9 per cent.

“We’ve been monitoring prices for five years and they haven’t changed until the 2021/22 period.”

The effects of floods on Australia’s east coast and global fuel prices are already evident, but the researchers say prices are projected to rise even more.

Sandro Demaio is the chief executive of VicHealth, a state government health-promotion organisation.

He said a national plan for food was needed to help avoid long-term and widespread health issues.

“We don’t have a food strategy for the country based on nutrition and health,” he said.

Dr Demaio said VicHealth had recorded a large increase in the number of people who have never had trouble putting food on the table but were now struggling, and an increase in people eating less healthy, but cheaper processed foods.

“We know poor diet is a leading risk factor for cardiovascular disease, diabetes and a number of cancers,” he said.

“We are a major producer of fresh food. We produce far more food than we consume.”

“I think it’s about government working with the private sector and community leaders to look at practical actions.”

“The first thing that should be done is increase JobSeeker [payments] and government income support rates,” she said.

“You can also do it through subsidies for food, you can do it through taxes, or regulating the way specials are put on certain food groups.”

The ABC asked the federal government about a national plan for food affordability, but did not receive a response before deadline.

As prices for leafy greens soar, other fruit and vegies are getting cheaper

As some call for long-term change to manage Australians’ access to fresh produce, in the meantime, some items are remaining fairly stable in price, or even decreasing.

Both bananas and oranges are less expensive compared with this time last year, dropping 28 per cent and 17 per cent respectively.

In the short term, Dr Demaio is encouraging shoppers to be savvy, while keeping nutrition in mind.

“They are a great cheap way to get more vegetables into our lives.

“Look at what’s in season and maybe shop at smaller grocers, which can often be a bit cheaper.

“The main thing is to not judge or blame people. We need to work together.” 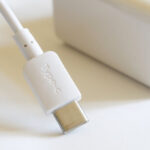 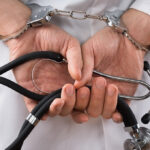