While the official rate rise might be bad news for mortgage-holders, it’s better news for those with cash accounts, with banks set to pass on the rate rise to savers – eventually.

After leaving rates on hold for two years, the Reserve Bank of Australia (RBA) has lifted the official interest rate by 0.5 per cent to 1.35 per cent in a third consecutive month of rate hikes.

While the panicked headlines paint a picture of doom and gloom for the economy, one section of Australian society should be rapt with the news – those with a substantial amount in savings, such as some retirees.

But while the banks are quick to pass on any rate rises to their mortgage-holders, they are usually a bit slower to increase their savings rates.

When the cash rate was raised for the first time in two years in May, analysis from Rate City showed 66 per cent of financial institutions lifted their savings rates in line with the RBA rise, but when they were lifted again in June just 14 per cent passed the increased rate on to savers.

After last month’s rise, out of the big four banks only Commonwealth Bank increased its savings rate by 0.5 per cent, with the other three all offering 11- and 12-month term deposits with a top rate of 2.25 per cent for a minimum balance of $5000.

It remains to be seen how many banks pass on the latest increase – and how much – and how quickly they do it.

If your bank isn’t increasing its savings rate, it pays to look around for other options. Lenders outside the big four banks are usually more likely to offer a higher rate.

Macquarie and ING seem to be trying to outdo each other on savings rates.

Read: How a panel of economists sees the year ahead

After last month’s rise, Macquarie announced customers would now receive 1.5 per cent interest per annum on savings accounts, up from as low as 0.2 per cent before the rise.

Not be outdone, ING followed suit with an announcement that its highest variable savings interest rate would be raised by 0.75 per cent to 2.1 per cent.

Compare that with an average savings rate of 0.26 per cent for the big four banks and you can see how leaving your money with the majors may not be the best option.

Compare Club home loans general manager Matthew Gatt says the rate rises have many homeowners concerned, but that there are still some very competitive fixed term loans available when you look beyond the big four banks.

“But there’s no telling how long they’ll remain on the market,” he adds.

“It really is a market where it pays to take action now. Homeowners are seeing huge repayment rises and every day counts. There are strategies households can employ, such as paying extra on your mortgage if you can afford it or speaking to your lender to renegotiate your loan.

“But the best thing any homeowner can do is speak to a mortgage broker or a financial professional. A few phone calls could save you thousands of dollars in repayments.” 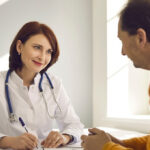