Capping tax breaks for housing could help reduce house prices and ensure that property is not concentrated in the hands of older and wealthier Australians, according to a new report by the Organisation for Economic Co-operation and Development (OECD).

In Australia, there is no capital gains tax on a person’s principal place of residence and the tax levied when someone sells an investment property is heavily discounted.

One of the OECD’s recommendations to governments, including Australia’s, is to “consider capping the capital gains tax exemption … to ensure that the highest-value gains are taxed”.

It suggests this could “reduce some of the upward pressure on house prices”.

The estimated cost of the capital gains tax exemption for main residences was $64 billion in 2021.

The report, Housing Taxation in OECD countries, says in both Australia and the United Kingdom, the capital gains tax exemption for the main residence is the country’s largest tax concession.

But removing it “would not necessarily raise the equivalent of the foregone tax revenue”.

“Additional tax revenues would depend on dynamic effects such as lock-in effects and changing house prices,” the report said.

Economists have long taken issue with the 50 per cent capital gains tax discount, which allows wealthier investors to flip properties at a profit without hefty tax bills and costs the federal budget about $10 billion annually.

In 2019, Labor had a policy to reduce the CGT exemption from 50 per cent to 25 per cent, but it dumped that policy in the lead-up to this year’s federal election, as well as its previous plan to limit negative gearing to new homes.

The OECD also noted that wealthier households benefit from capital gains tax exemptions and discounts, while young people were being locked out of the housing market.

The report suggests that “OECD countries have experienced unprecedented growth in house prices in the last three decades; a trend that accelerated during the pandemic”.

It said among OECD nations, including Australia, housing was the main asset for most households and “plays an even more important role for the middle class, with owner-occupied housing representing on average 60 per cent of middle-class wealth”.

It said as a result of tax breaks like the CGT discount, “the chance of becoming a home owner may be increasingly dictated by household income and wealth”.

“In Australia, the decline in home ownership rates between generations has been significantly more pronounced for bottom-income households than for top-income households,” the report noted.

Mr Grudnoff has previously noted that the CGT discount makes the pay-off for negatively gearing a house much more profitable and encourages people to focus their investments on assets they think will go up in value.

His research also showed age and gender also mattered in terms of who benefits.

It also went mainly to men, with women getting less than 40 per cent of the benefit.

The OECD report also noted that the residential sector globally is a major contributor to CO2 emissions (17 per cent of energy-related CO2 emissions), and “generates other significant environmental impacts on land use, biodiversity, transport and water consumption”.

“The assessment shows that, while housing taxes already play an important role in OECD countries, there is significant scope to enhance their efficiency, equity and revenue potential,” it said.

“Tax incentives for energy-efficient housing renovations could be better targeted to ensure that they reach low-income households,” it said.

“This could contribute to greater emissions reductions and enhance the equity of tax incentive schemes.”

The report also argued that “strengthened reporting requirements, including third-party reporting to the tax authority and international exchanges of information for tax purposes, are also key to ensuring that [government imposed] housing taxes are enforced properly”. 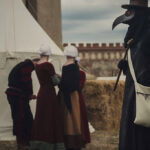 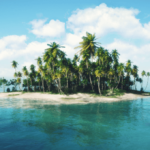