The price of gas and electricity is rising and not looking like coming down any time soon. But for those looking for a silver lining, August may be when you’ll find it.

Some Australians could be overpaying for energy by hundreds of dollars. In fewer than five minutes, these same people could recoup up to $626 each year.

Personal finance marketplace Compare Club says August is the best time to look for a new deal as retailers typically bring their lowest prices into market at this time of year.

Both the Australian Energy Regulator (AER) and Victorian Essential Services Commission announced that from 1 July, it would pass on the rising cost of electricity by lifting their default reference prices in NSW, Southeast Queensland, Victoria and SA.

South Australians copped a 7.2 per cent bump, ($124 more than the previous year) and Victorian price increases varied depending on the provider but will cost residents between $58 and $138 over the year.

“We urge customers to take a look at their energy plans because if someone has been with their provider for well over a year, it’s highly likely they won’t be getting the best deal and that their costs will have increased on 1 July,” says Mr Davis.

Read: Tips to help you fight back against soaring energy bills

“Energy retailers rely on a mixture of confusion and apathy to keep customers so it’s important not to fall into that trap, as it could cost Australian households hundreds of dollars.

Mr Davis says cost-conscious Aussies will reap the benefits of the plethora of good deals available to those who look for them.

“Even with the rising cost of energy, retailers will still have to acquire new customers, so they’ll have to bite the bullet and introduce promotions at some point,” he says.

“Many energy suppliers use cheap introductory offers and/or offer bundle deals with internet included. These are typically variable rates and can help you save a lot. However, rates can and will go up, so make sure you’re not locked into a long-term internet plan that prevents you from switching when energy rates go up.

Mr Davis says some people may wish to ‘fix’ their energy costs, in the same way they might do with their mortgages. This may help them have some certainty with finances and help them budget.

“If you can afford it, it can make sense,” says Mr Davis, but recommends that it’s better to keep your options open and not get locked into a plan if you can help it.

Read: What discounts are available to help reduce your energy bills?

“Shop around, and shop around often,” he says. “Most plans don’t come with exit fees making it easy to switch, and pricing regularly changes. If you last switched energy plans over 12 months ago, it’s worth seeing if there’s a better deal.

“Last year, the AER estimates most households could save an average of $449 on energy bills by shopping around, and our own analysis shows a similar number.”

Are you happy with how much you’re paying for energy right now? When was the last time you switched your provider? Why not share your thoughts about energy comparison in the comments section below? 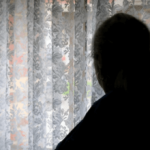 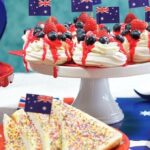