A recent survey of more than 1500 Australians found 95 per cent were concerned about the welfare of farm animals and 91 per cent wanted to see some reform to animal welfare regulations.

But this concern doesn’t always mean consumers will make the right choices for animal welfare. Unfortunately the level of concern for animal welfare has not translated into a similar demand for cruelty free animal-based products.

Read more: Not just activists, 9 out of 10 people are concerned about animal welfare in Australian farming

Many of us intend to make ethical purchase decisions, but our behaviour often falls short of our intentions. When we consider concern for the environment as an example, there is only a low-to-moderate correlation between how much people say they care about the environment and their behaviour. Psychologists call this the “intention-behaviour gap”.

While a third of consumers say they’re concerned about an organisation’s social responsibility, ethical products garner only around a 3 per cent market share at best.

This might be because it’s too hard to make a meaningful change, or because people don’t know how. Nevertheless there are ways to help with both. 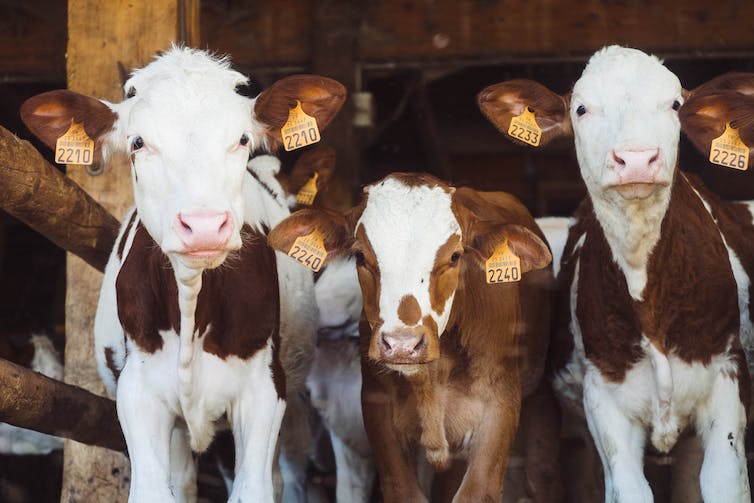 Consumers can be left in the dark about the animal welfare conditions involved in the production of certain foods. Annie Spratt/Unsplash, CC BY

Why buying high welfare foods can be difficult
Many of our food consumption and purchase decisions are habitual, involving little or no conscious effort, so overcoming this inertia is difficult.

But there are many other obstacles, especially cost differences, that deter consumers from choosing high-welfare foods. For example, free-range eggs can cost around $A6.50 per dozen compared with $A3.50 per dozen for cage eggs.

Other obstacles include the inconvenience of locating high welfare products, a lack of availability of product lines, mistrust of claims such as ‘free-range’, and a generally poor understanding of what constitutes a high-welfare product.

What’s more, consumers today are confronted with a dizzying array of new claims and logos on animal-based products that can be misleading or confusing.

Read more: Who’s responsible for the slaughtered ex-racehorses, and what can be done?

In Australia, legislation doesn’t require a producer to disclose their farming methods, so consumers can be left in the dark about the animal welfare conditions involved in the production of certain foods.

Animal-based foods can often appear on our supermarket shelves with meaningless claims or logos with no real meaning. ‘Natural’ and ‘humane’ are some of the claims that can imply high welfare conditions, but most don’t signify a higher standard of welfare than conventional factory farmed conditions.

Changing behaviour with the right messaging
Our recent study explores a range of interventions that could bridge the gap between consumers’ pro-welfare attitudes and their shopping behaviours.

These include educating consumers with messaging that connects animal welfare with other drivers, such as sustainability. 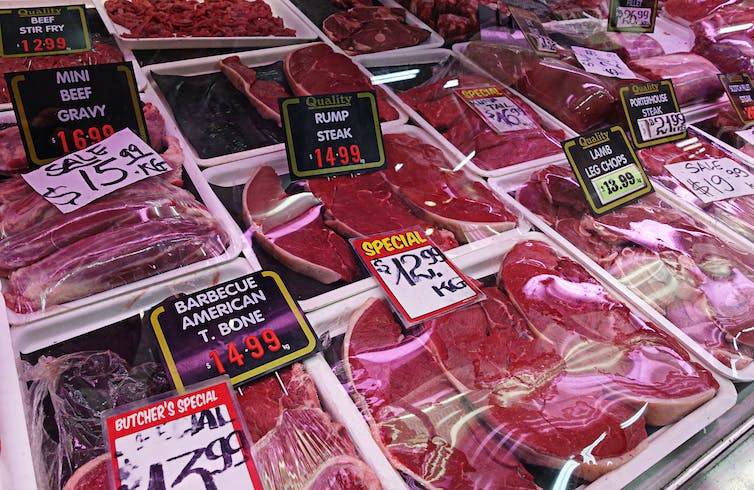 Food labels can often be misleading or confusing. Shutterstock

Another approach is informing shoppers about the positive actions of their peers – a strategy known to influence buying choices as people often use the actions of others as a guide for what to do.

How do you know what you’re getting?
The government and groups, such as the Australian Competition and Consumer Commission (ACCC), are working to address deceptive or misleading marketing.

In 2017, in the wake of proceedings brought by the ACCC, the federal court penalised egg producer Snowdale Holdings $A1 million for falsely labelling their eggs as ‘free-range’.

Then, in 2018, a new national standard for free-range egg production was introduced into law.

But, in allowing farms to stock up to 10,000 hens per hectare and providing no true requirement for hens to actually go outside, the standard doesn’t reflect consumer expectations of what the label should signify.

So what can you do?
Feeling confused? Don’t worry, there’s a lot you can do to help ensure you purchase animal-based products that align with your animal welfare concerns. 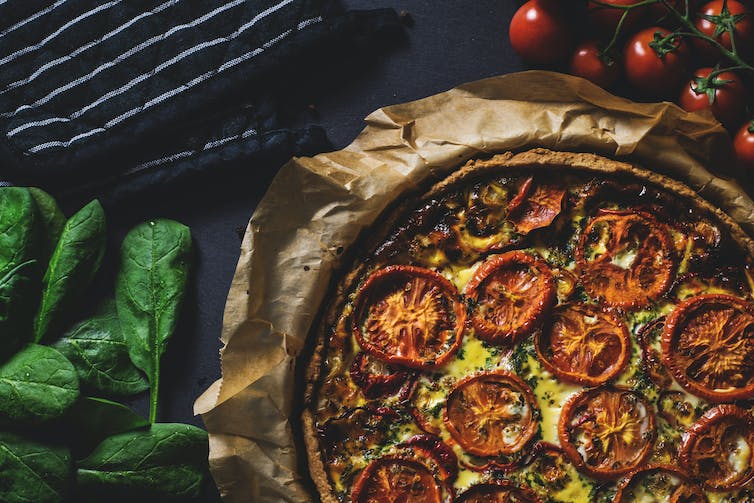 Consider shopping locally, and doing more homework on the provenance of your food. LUM3N/unsplash, CC BY

1. Don’t be tricked!
Know which logos and claims on animal-based products signal the animals were treated more humanely, and which are simply advertising jargon.

To do this, we suggest looking for independent ratings programs that have auditing systems built into them to hold producers accountable for any claims they make around animal welfare and environmental stewardship.

An example is the RSPCA Approved Farming Scheme that ensures experts assess each of their accredited farms against higher welfare standards at least twice annually. Or the Choice CluckAR app, which “sorts the good eggs from the bad” when you’re searching for the best free-range eggs.

2. Choose quality over quantity
Providing better welfare for animals increases the price of many foods, but if cost is an issue, consider buying less. Consuming fewer animal products is a step we can all afford for health, welfare, environmental and financial reasons.

3. Seek provenance
Much of the food in our supermarkets has been transported great distances and can involve multiple production channels. As consumers, we deserve to know what we are eating, where our food has come from and how it was produced.

Establishing the provenance of food demands greater transparency in the supply chain. But right now that’s not easy.

Shopping locally, such as from the local farmers’ market, can help us to engage with producers. Some retailers aim to provide a direct line between producers and consumers. And new initiatives providing mobile on-farm processing brings the abattoir to the farm, avoiding the stress on animals of additional handling and transport to fixed abattoirs.

4. Ask questions
If you don’t know the welfare implications of an animal-based product that you buy, ask! Check the vendors’ and producers’ websites, write emails as a consumer, you have the right to accurate information.

Only when the market appreciates increased demand for higher welfare food, will we see real change for animals.

What do you think about selective dog breeding?

What do you think about selective dog breeding?