A father passing by his son’s bedroom was astonished to see that his bed was nicely made and everything was picked up. Then he saw an envelope, propped up prominently on the pillow that was addressed to ‘Dad.’

With the worst premonition, he opened the envelope with trembling hands and read the letter.

Dear Dad: It is with great regret and sorrow that I’m writing to you. I had to elope with my new girlfriend because I wanted to avoid a scene with Mum and you.

I have been finding real passion with Stacy and she is so nice.

But I knew you would not approve of her because of all her piercings, tattoos, tight motorcycle clothes and the fact that she is much older than I am. But it’s not only the passion … Dad, she’s pregnant. Stacy says we will be very happy.

She has a trailer in the bush and has a stack of firewood for the winter. We share a dream of having many more children.

Stacy has opened my eyes to the fact that marijuana doesn’t really hurt anyone.

We’ll be growing it for ourselves and trading it with the other people who live nearby for cocaine and ecstasy.

In the meantime, we will pray that science will find a cure for AIDS so Stacy can get better. She deserves it.

Someday I’m sure we will be back to visit so that you can get to know your grandchildren. Love, your son John

PS. Dad, none of the above is true. I’m over at Tommy’s house.

I just wanted to remind you that there are worse things in life than the report card that’s in my centre desk drawer.

I love you. Call me when it’s safe to come home.

Q. What do you call a bear that likes to spend his summers at the north pole and his winters at the south?

Q. What do koalas eat after a nuclear winter?

I started a new diet this week. I now abstain from eating any food while I put on my mittens.

I call it inter-mitten fasting.

After dealing with dad jokes all winter…

I’m hoping to get him back in summer with some son-burns.

And finally, an oldie but a goldie – and updated.

A Russian army platoon is walking through a Ukrainian field. Suddenly a voice yells at the other side of a hill.

It says: “One Ukrainian soldier is equal to 10 Russians.”

The Russian commander sends 10 soldiers to the hill. They hear gunfire, then silence. Soon the same voice yells again:

“One Ukrainian soldier is equal to 100 Russians!”

The angry Russian commander sends 100 soldiers to the hill. They hear gunfire and screams followed by a longer silence. Soon, the same voice yells: “One Ukrainian soldier is equal to 1000 Russians!”

Now furious, the Russian commander sends 1000 soldiers and a tank to the hill. They hear even more gunfire and explosions. Then silence.

One heavily wounded Russian soldier crawls from the hill and yells: “Commander! Don’t send any more troops, it’s a trap! There’s two of them!” 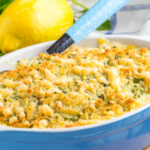 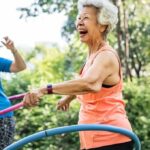