Have you ever had a boss like one of these?

Disclaimer: some bosses do not have the best sense of humour. So better to make sure you know your boss well enough before you throw these jokes his or her way. If you’re retired, laugh away.

The company, feeling it was time for a shakeup, hired a new CEO. The new boss was determined to rid the company of all slackers.

On a tour of the facilities, the CEO noticed a guy leaning against a wall. The room was full of workers, and he wanted to let them know that he meant business.

He asked the guy, “How much money do you make a week?”

He walked back to his office, came back in two minutes, and handed the guy $1600 in cash and said, “Here’s four weeks’ pay. Now get out and don’t come back.”

Feeling pretty good about himself the CEO looked around the room and asked, “Does anyone want to tell me what that slacker did here?”

From across the room, a voice said, “He was the pizza delivery guy.”

The boss always scheduled a management meeting at 4pm on Friday afternoons. When an employee asked him why, he replied, “I’ve found that it’s the only time when no-one wants to argue with me.”

When I saw my boss pull up in his shiny new car. I said, “Wow that’s a beautiful car, boss!”

He replied, “Thank you. Now remember, if you keep working hard every day … I’ll be able to buy a second one.”

My boss just pointed to my messy desk and said, “A cluttered desk is a sign of a cluttered mind.”

He wasn’t too happy when I pointed out that his desk was empty.

Morris had just been hired as the new CEO of a large high-tech corporation. The CEO who was stepping down met with him privately to present him with three envelopes numbered one, two and three. “Open these if you run up against a problem you don’t think you can solve,” the departing CEO said.

Things went along pretty smoothly, but six months later, sales took a downturn and Morris was really catching a lot of heat. About at his wit’s end, he remembered the envelopes. He went to his drawer and took out the first envelope. The message read, “Blame your predecessor.”

Morris called a press conference and tactfully laid the blame at the feet of the previous CEO. Satisfied with his comments, the press responded positively, sales began to pick up and the problem was soon behind him.

About a year later, the company was again experiencing a slight dip in sales, combined with serious product problems. Having learnt from his previous experience, the CEO quickly opened the second envelope. The message read, “Reorganise.” This he did, and the company quickly rebounded.

After several consecutive profitable quarters, the company once again fell on difficult times. Morris went to his office, closed the door and opened the third envelope. The message said, “Prepare three envelopes.” 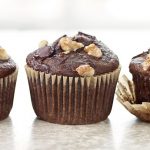