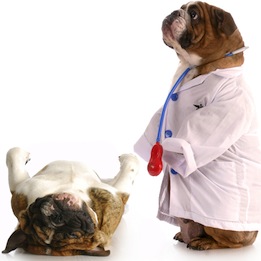 Two patients limp into two different medical clinics with the same complaint. Both have trouble walking and appear to require a hip replacement.

The first patient is examined within the hour, is x-rayed the same day and has a time booked for surgery the following week.

The second sees his family doctor after waiting three weeks for an appointment. He then waits eight weeks to see a specialist, gets an x-ray, which isn’t reviewed for another week and finally has his surgery scheduled for six months from then.

Why the different treatment for the two patients?

The first is a Golden Retriever.

The second is a senior citizen.

Next time take me to a vet!

Three women in a sauna

Three women, one German, one Japanese and a hillbilly were siting naked in a sauna. Suddenly, there was a beeping sound.

The German pressed her forearm and the beep stopped. The others looked at her questioningly.

“That was my pager” she said, “I have a microchip under the skin of my arm.”

A few minutes later a phone rang. The Japanese woman put her hand to her ear.

When she finished she explained, “that was my mobile phone, I have a microchip in my hand.”

The hillbilly felt decidedly ‘low tech’. Not to be out done, she decided she had to do something just as impressive. She stepped out of the sauna and went to the bathroom. She returned with a piece of toilet paper hanging from her behind. The others raised their eyebrows and stared at her.

The hillbilly woman finally said, “well will you look at that, I’m getting a fax!!”