The agency behind the National Disability Insurance Scheme (NDIS) is set to spend almost $50 million on lawyers to defend itself against people with a disability appealing funding cuts.

The National Disability Insurance Agency (NDIA), which oversees the NDIS, has revealed in Senate estimates that it has spent $41.4 million on private lawyers in the 10 months to 30 April 2022.

This represents an increase of more than 140 per cent on the previous 12 months. The agency is spending around $4 million per month on external law firms, including $5.6 million last month.

The expensive lawyers are being hired to represent the NDIA at the Administrative Appeals Tribunal (AAT), mostly against people with a disability, their families and advocates, who are appealing funding cuts they’ve received under the NDIS.

Read: Greens call for removal of the age cap in the NDIS

Critics say this pits some of the most vulnerable and disadvantaged Australians against high-end lawyers, often without their own legal representation.

The AAT says only about one in five NDIS recipients has his or her own lawyer. The NDIA has an in-house team of 13 lawyers specifically for NDIS appeals, yet still outsources around one third of appeal cases.

The NDIA says this is because many NDIS appeals require specialist knowledge.

“The decision whether to outsource an AAT matter is made having regard to the complexity of a matter, area of specialisation of the relevant law firm and where capacity may be required,” an NDIA spokesperson says.

The NDIA has also come under fire for implementing the Sustainability Action Taskforce – a group set up specifically to reduce government spending on the NDIS.

The increase in legal fees is directly related to the increasing number of people appealing NDIS decisions. It’s estimated that between July 2021 and January 2022 there was a 400 per cent increase in people bringing NDIS cases to the AAT.

The new Labor government has reaffirmed its commitment to the NDIS and campaigned on a promise to “fix the NDIS”.

Former federal Labor leader Bill Shorten has been installed as the new minister for the NDIS and government services, a portfolio he also held in the shadow government.

“Dealing with the NDIS should not be like having a second full-time job,” the minister says.

“We will return the NDIS to its original objective because at the moment, even if you get a good plan, there’s a constant fear it will be cut when it gets reviewed.” 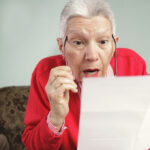 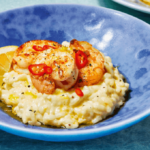