The first budget of the Albanese government will be handed down in October. Ministers have stated publicly that the rate of Jobseeker will not be reviewed.

The largest cohort on JobSeeker payments are aged over 50. There are several reasons for this. These include an increased eligibility age for the Age Pension, now 67, more older workers, and many of us with chronic illnesses or injuries. A large number are disabled, yet unable to meet the Disability Support Pension (DSP) eligibility requirements.

I have personal experience of living on Newstart, now called JobSeeker. I was employed for more than three decades in banking and finance and retail.

I was terminated from my retail job in 2018 after 13 years with my employer – a large national chain. During that time, I had won two state awards and was a national finalist in two categories. At the time, I was on a return-to-work program, which had started at four hours a week. I had built up to 30 hours weekly, then became ill with the flu. The absence was certified by a GP, but the company terminated my employment for an alleged breach of the return-to-work program.

In 2006, I was hit by a motor vehicle as a pedestrian. I then had seven months away from work, though managed to return.

As a result of that accident, I have complex medical conditions including chronic back pain. As I have aged, this has worsened. My case is not as isolated example.

After leaving my job, I went on to Newstart. It was one of the worst periods of my life. I struggled with my mental health, having become isolated as I could not afford to go out. Invitations would come from friends and family, which I would decline. They eventually stopped coming. My lenders were ready to take my home.

The current maximum rate of JobSeeker is $642.70 per fortnight. For those aged over 60 who have been on it for more than nine months, the rate is $691 per fortnight.

These are the current rates, after the former Morrison government increased them by $50 per fortnight. A token gesture.

Read: July changes that will affect your retirement income

A number of claims are made about JobSeeker to justify the low amount. These include that a higher amount would be a disincentive to work. That argument is spurious, given that it is about 40 per cent of the minimum wage and below the Henderson and OECD poverty lines.

Another argument is that recipients receive other payments such as rental assistance. Rental assistance is 75 per cent of the value of rent up to a maximum of $145 per fortnight. It is not paid to individuals with a mortgage, or those without a home who live in cars or couch surf.

The age and disability pensions are both low, but are $340 per fortnight higher than Jobseeker.

Even the Business Council of Australia argues that it’s too low and an impediment to securing employment.

When on JobSeeker, I couldn’t afford to eat well. I was skipping meals and existing on a diet of eggs, as they were cheaper. Many of those on Jobseeker are forced to choose between medicines or food, rent or electricity, car or phone.

There are barriers for older workers. Although illegal, ageism and discrimination are real. For those of us with complex medical needs, there are concerns about liability and duty of care. There’s a belief that older workers or those with an illness or disability will have higher absenteeism.

One senior manager told me directly, ‘If I had my way, I would terminate everyone over 50 and replace them with young fit casuals.’

The Prime Minister and other ministers have stated that JobSeeker will not be examined in this budget. Australia does have economic issues, but we as a nation are consigning our most vulnerable citizens to poverty.

Increasing JobSeeker and pensions is better for all on economic and humanitarian grounds and for moral reasons. Increasing these rates will see recipients eat better as this money can be spent on fresh fruit and vegetables.

Poverty is a political choice. Our cohort represents the largest group on Jobseeker and we have more complex medical and health conditions.

Peter Sutton is an advocate for the Raise the Rate campaign. Last year, he appeared before a Senate inquiry into the Disability Support Pension. He has also been a panellist on several discussion forums.

Do you agree with Peter’s observations and quest? Why not have your say in the comments section below? 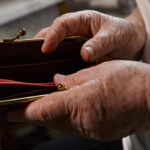 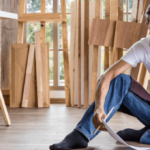