How much money can a pensioner have in the bank?
One of the most frequently asked questions for those nearing or in retirement is ‘How much money can you have before it affects your pension?’. This article will look at the rules around the Age Pension income and assets tests, which determine the rate of the Age Pension that you be eligible for, as well as the deeming rates that are applied to any savings you have in the bank.

Passing the assets test is one of the requirements that the Department of Human Services uses to assess your Age Pension eligibility. You must also pass the Age Pension income test, have reached your eligibility age, and satisfy Australian residency rules.

The Age Pension assets test is passed by more Australians than the income test. According to the Centre of Excellence in Population Ageing Research (CEPAR), only one-third of Australians receiving part pensions have too many assets to be eligible for the full pension.

The other two-thirds of part-pensioners are ineligible to receive the full pension because they earn too much income. CEPAR research also reveals that 54 per cent of full pensioners have assessable assets worth below $50,000.

There are certain assets which are exempt from assessment, such as your main residence if you’re a homeowner, certain pre-paid funeral products and accommodation bonds paid when entering an aged care facility.

You can view what is regarded as an asset by Centrelink, as well as an explanation of what is included in each asset class, and which assets are exempt, at servicesaustralia.gov.au.

You also need to be wary of reducing your assets in order to qualify for an Age Pension, as Centrelink considers this a deprived asset under gifting rules and will assess it as such. The limits for gifting are $10,000 in any financial year, but limited to $30,000 over five years. Deprived assets are assessed for five years. 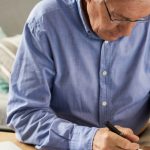 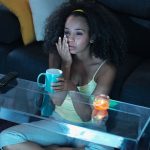