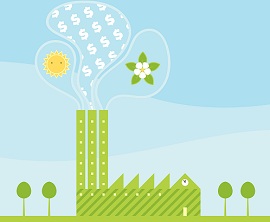 In what could become the most significant piece of legislation related to climate change in Australia’s history, the Federal Government has announced a tax on carbon. But what does it all mean for the average Australian?

What is the Carbon Tax?
The Carbon Tax is quite simply a levy designed to penalise large scale polluters. The government plans to directly charge the top 1000 pollution producing companies in Australia by placing this tax on every tonne of carbon (CO2) emitted.

It is hoped that such a measure will promote the need for cleaner energy and reduce Australia’s emissions – the target being a reduction of 160-million tones by 2020. To quantify this amount, this is the equivalent of CO2 from 50-million cars.

Why does Australia need to reduce its emissions?
Regardless of your thoughts on the merits of climate change, Australia is currently the highest carbon emitter, per capita, in the developed world.

In the last financial quarter, Australia has recorded its most severe economic downturn since the Global Financial Crisis. Much of this can be attributed to the recent spate of natural disasters and such extreme weather conditions are largely the result of climate change. Unless the damage pollution causes our environment is halted, and in the longer term redressed, such natural disasters will continue and indeed increase in severity and frequency. The personal and economic cost of such an outcome is simply not sustainable.

How will it work?
Putting a price on carbon will hopefully have the desired effect of forcing affected businesses to look at ways of redressing this cost by reducing carbon emissions.

The initial price on carbon is likely to be between $20-$30 per tonne, with a projected increase of four percent per year. This will pave the way for a full emissions trading scheme after a period of five years.

Top climate advisor Ross Garnaut has recently delivered his report on the optimum price for a carbon tax. In this report he indicates that a price of $26 per tonne will produce revenue of $11.5 billion in the first year. Of this amount, Garnaut suggests that 60 per cent should be redistributed to Australian households via the tax system to help combat the knock-on affect of prices from increased production costs.

Who will be affected?
While only the top 1000 pollution producing companies will be taxed, the Federal Government concedes that small business and households will see an initial increase in costs, as this tax is passed on to consumers. This is where the need to redistribute the revenue from the carbon tax becomes evident to cushion or neutralize the financial impact.

Is there anything positive about this tax?
The greatest positive of this tax is the publicising of the need for Australia to take its head out of the sand and address the issue of climate change. Industry has merely flirted with the use of solar and wind generated power and the recycling of grey water. Australia’s mineral resources are not endless and while they may be bolstering the economy, we simply can’t continue to rely on fossil fuel to power our nation. The revenue from the tax, coupled with input from businesses seeking a cleaner, renewable energy source can only be of benefit.

There is also the revenue aspect of this tax. Even after the proposed 60 per cent has gone to compensate those affected in the hip pocket, at $26 per tonne of carbon emitted, this leaves $4.6 billion to reinvest.

When will it take effect?
As soon as possible if the Federal Government gets its way. In a press release it stated “climate change is real” and that based on a report from the Climate Commission, “we need to act now… not in a couple of generations time, not even in a couple of years time, but now.”

If passed, the legislation will be enforced from 1 July 2012. From this date a fixed price on carbon emissions will be charged, which will evolve into a floating price on emission in due course.

Germany implemented a carbon tax in 2005, which far from bankrupting the country, has helped create almost 60,000 new jobs.

Finland and Sweden have both collected carbon taxes for over a decade and have seen no negative impact on their economy as a direct result.

Sadly, Norway seems to be an exception to the rule. Since introducing a carbon tax in 1991, its per capita emission has increased by 40 per cent.

Of course, all these countries are small fry compared to the two industrial giants which can make or break any move to stem the affects of climate change. Both the US and China need to seriously commit to a program for the reduction of emissions – we wait with baited breath.