The forced departure from China of leading Australian journalists Bill Birtles of the ABC and Mike Smith of the Australian Financial Review robs Australia of direct coverage of events in the vast nation for the first time since the Mao Zedong era.

They left behind Australian journalist Cheng Lei, a celebrated business presenter on China’s own CGTN global news channel, who for a month has been held for unknown reasons in an unknown location where she will remain for an unknown period of time.

In coordinated moves, security agents visited the homes of Birtles in Beijing and Smith in Shanghai at midnight last Wednesday, told them they were banned from leaving China and ordered them to come in for questioning over a national security case, possibly in connection with Cheng’s detention.

The journalists then shifted immediately to Australia’s Beijing embassy and Shanghai consulate, respectively, where they remained while Australian diplomats negotiated with Chinese government officials.

This led to a brief interview between Birtles (accompanied by Ambassador Graham Fletcher) and officials in Beijing before he flew to Shanghai (also accompanied by Australian diplomats). Both journalists were then able to board a flight back to Sydney.

Long line of expelled journalists
The Australian’s China correspondent, Will Glasgow, has been working for a short time in Sydney, having returned for family reasons. And Eryk Bagshaw, appointed as China correspondent for The Sydney Morning Herald and The Age, has been unable to take up his post due to COVID restraints, and remains in Canberra.

Australian journalist Phil Wen, with The Wall Street Journal, and the doyen of Australians covering China, New York Times correspondent Chris Buckley, were required to leave China earlier this year as the authorities declined to extend their visas. 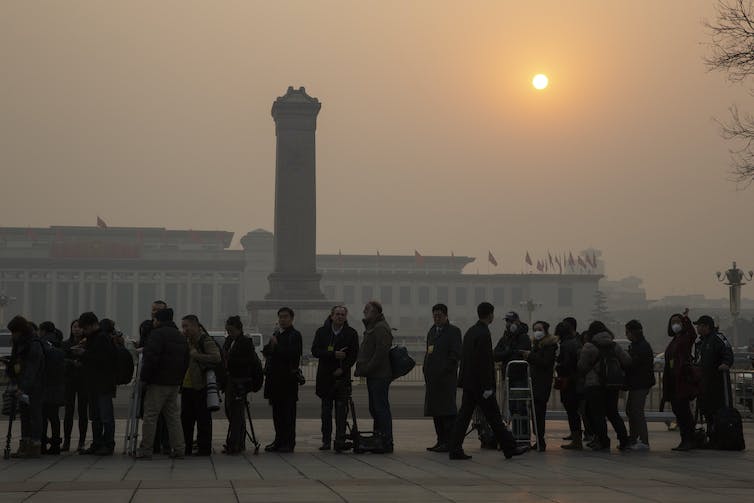 Foreign journalists lined up to attend a National People’s Congress held at the Great Hall of the People in Beijing. Ng Han Guan/AP

This was in part due to a “tit-for-tat” exchange with the Trump administration, which had limited the numbers of visas to Chinese journalists working for state media.

Five other reporters for US news organisations – the Journal, CNN, Bloomberg and Getty Images – have also been told in recent days their press credentials will not be renewed. A growing number of foreign journalists have had their visa periods reduced to two or even a single month.

The much-depleted Foreign Correspondents’ Club of China has issued a rare statement saying it is “very alarmed” about such moves.

These coercive practices have again turned accredited foreign journalists in China into pawns in a wider diplomatic conflict. 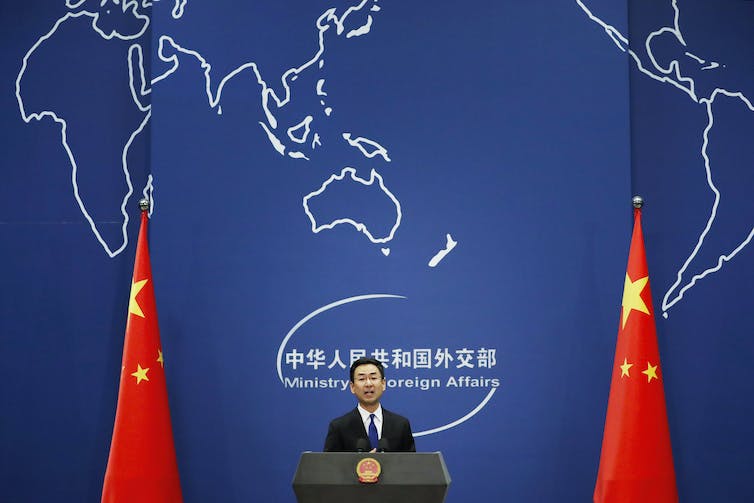 China’s Ministry of Foreign Affairs announced in March that more than a dozen journalists from the US would be expelled from the country. Andy Wong/AP

How will the Australian government respond?
The task of covering China has become increasingly challenging, with journalists provided access to only a tiny number of government set-piece events every year. Very few people in public life – including academics – are prepared to risk speaking to media.

But Australian journalists covering China have gained a generally high reputation, both within the profession and among Chinese people – including some officials – for even-handed and empathetic coverage, despite the daily obstacles.

Some will seek to blame the Australian government and opposition for the plight of the Australian journalists, pointing to their increasing firmness in responding to Beijing’s efforts to expand and deepen its global influence, including in Australia.

Unlike Washington, however, Canberra is unlikely to respond to China’s moves to banish and detain Australian journalists by imposing reciprocal restraints – for instance, withdrawing visas from Xinhua or CCTV reporters working in Australia.

Richard McGregor, a senior fellow at the Lowy Institute and former correspondent in Beijing for The Australian and the Financial Times, told ABC Radio such a response would be “a really unproductive exercise”.

Canberra has declined to pursue tit-for-tat measures as Beijing has imposed tariffs and duties on Australian goods in recent months. 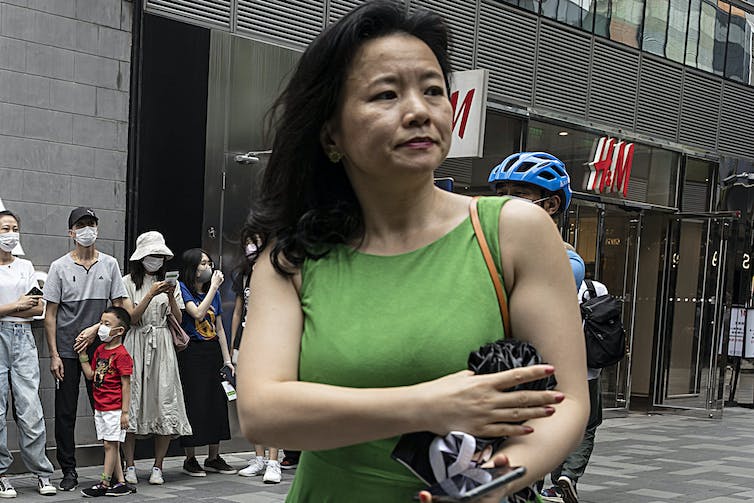 China’s politicians have increasingly become difficult to reach and interpret, while its diplomatic corps – which formerly helped provide guidance to foreign counterparts and others about underlying issues, concerns and narratives – have been transformed into far less communicative “wolf warriors”.

Before this week’s dramatic events, Australia’s Department of Foreign Affairs and Trade had upgraded its travel advisory to warn that Australian citizens faced “arbitrary detention” in China. Business people, among others, will now be weighing their safety if they visit.

Several Australian journalists are still working in Beijing for international media, such as the BBC correspondent and former ABC correspondent Stephen McDonell. There are also Australians working for China’s state and party media – as Cheng Lei did.

It is a perilous and challenging time for all those attempting to interpret events in China. As Birtles said on arriving in Sydney, it was good to be home, but also

very disappointing to have to leave under those circumstances, and it is a relief to be back in a country with a genuine rule of law.

Are you concerned about the breakdown in the China-Australia relationship? The trade restrictions imposed by China? And the allegations that our produce is tainted or not reliable?