The government is extending the COVID health measures for a further six months, until the end of March, in its latest acknowledgement that pandemic assistance will be needed on various fronts for a longer period.

It also includes the cost of funding for further personal protective equipment for the national medical stockpile, GP-led respiratory clinics, half the cost of activities to respond to COVID-19 in hospitals, and continuation of the private hospital agreement to ensure access to beds.

Telehealth, which started in March, has proved highly popular with three out of every 10 GP services at present done virtually. So far, over 30 million services have been provided to more than 10 million patients, delivered by more than 77,000 practitioners. Some $1.55 billion has been paid in benefits.

Given the convenience and high usage of telehealth, the government will be under pressure to build it into the health system permanently.

Prime Minister Scott Morrison said telehealth and home delivery medicine services reduced the risk of exposure to COVID-19 in the community while supporting people in isolation.

“Importantly, this also includes mental health services, delivered over the phone, by trained specialists and GPs,” he said. 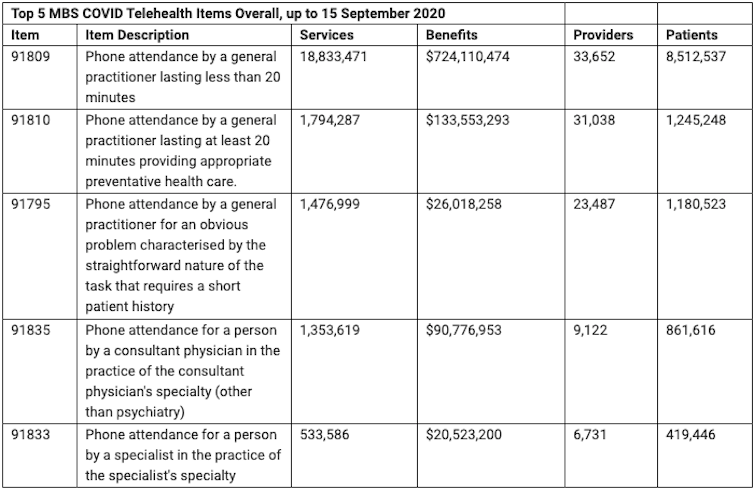 The extension of the health funding comes as national cabinet meets on Friday, when it will discuss the increase in the cap — from 4000 to 6000 a week nationally – that the government has announced for people coming home from overseas.

Western Australia has been critical of the government for pre-empting the national cabinet with its announcement.

Mr Morrison was adamant on Thursday the increased cap was a fait accompli, not a request to the states.

“The planes will land with people on them … It’s a decision. It’s not a proposal. The Commonwealth government has made a decision that those caps have been moved to those levels and planes will be able to fly to those ports carrying that many passengers a week,” he said.

Jane Halton, a former health department secretary who is on the government’s COVID-19 commission and has done an audit of quarantine arrangements around the country, will brief Friday’s meeting.

Meanwhile tensions remain over state border restrictions, especially in relation to the Queensland border. But with the Queensland election looming and the state government’s policy favoured by many voters, Mr Morrison on Thursday was treading carefully.

“No doubt people in Queensland may feel that the borders are protecting their health situation. I understand that. But there’s also the impact that it is having more broadly on jobs and business and industry in Queensland.”

The 14-day quarantine rule operating in Queensland will mean neither Mr Morrison nor Anthony Albanese will be able to campaign on the ground for the late October election.

Mr Morrison said NSW, Victoria and South Australia were working to get their borders down.

Do you support the government’s move to extend pandemic assistance for a further six months?

Does wearing glasses protect you from coronavirus?

Centrelink assets test waiver set to end next week. Are you still eligible?

The end of this scheme will create new challenges for anyone depending on payments.

Many more people have been exposed to coronavirus in Australia than have been detected.