There is growing disquiet and anger about restrictions on how the Aboriginal flag can be used, particularly after it was absent from the AFL’s recent Indigenous round.

On Thursday, the Senate set up a parliamentary inquiry to look at options to “enable the flag to be freely used by the Australian community”.

So, what are the options to try and secure wider use of a flag that up until now has been a “uniting symbol for all Aboriginal people”?

What is the problem?
Unlike most other flags around the world, the Aboriginal flag is still protected by copyright.

That copyright is owned by Luritja man Harold Thomas, who created the flag for the National Aboriginal Day march in July 1971.

When the flag was proclaimed as an official flag of Australia in 1995, Mr Thomas’ authorship of the artistic work (that constitutes the flag) was contested. But in 1997, the Federal Court declared him the author and owner of the copyright.

Anyone wishing to do any of these activities must get permission from one of these companies. 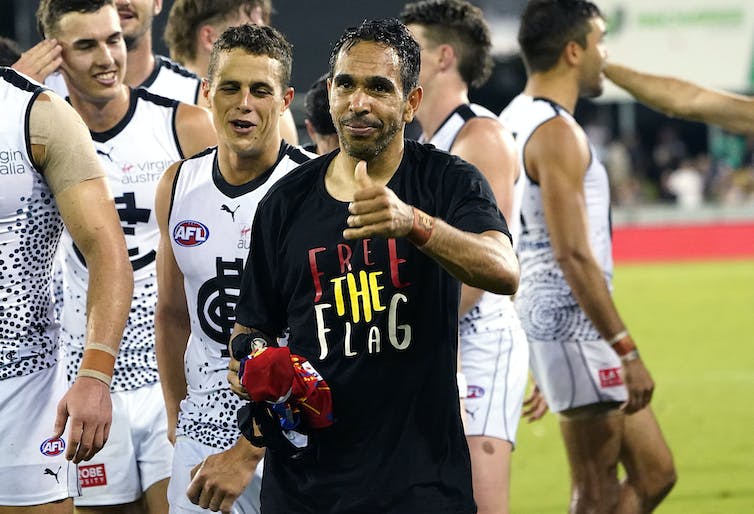 AFL player Eddie Betts has shown his support for the ‘free the flag’ campaign. Dave Hunt/AAP

Importantly, copyright covers not just commercial reproductions of the flag but also non-commercial and private ones. This means it is fine to fly the flag, but anyone wishing to make their own copy or even get it as a tattoo needs Mr Thomas’ permission.

#Freetheflag
There has been growing anger over the licensing arrangements after the AFL, NRL and Indigenous community groups were asked to pay for using the flag and, in some cases, threatened with legal action.

An online petition, started by Indigenous social enterprise Spark Health, to change the licensing agreement around the flag, has so far collected more than 140,000 signatures. AFL clubs have also backed the #freetheflag campaign.

What does Labor want?
Labor says it plans to draft a private members’ bill to free up use of the flag. It also pushed for the senate inquiry this week, which will report in October. 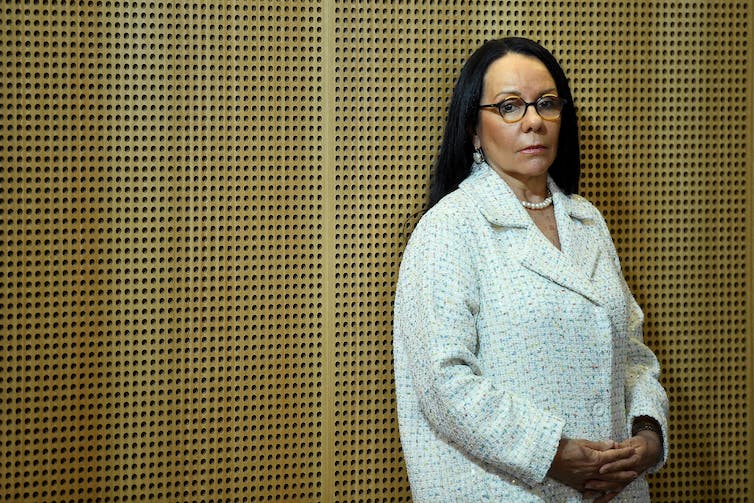 For its part, the federal government says Labor’s plan is a stunt and it is working to resolve the issue.

What could a bill do?
It is true the federal government has the power to change the law, but whether it can easily ‘fix’ the situation is more doubtful.

One option would be to pass a law that specifically takes the copyright away from Mr Thomas and gives it to the government. However, such a law could run afoul of the constitution, which provides that the Commonwealth can acquire property from a person, but must compensate them on ‘just terms’.

Alternatively, legislation could be passed so that copyright in the flag ceases entirely and the work becomes part of the public domain. This would be a radical and unprecedented approach in copyright law.

A less drastic solution could be to introduce a law that restricted Mr Thomas’ ability to grant licences of his copyright.

While these two options are likely to avoid constitutional issues (following the 2012 tobacco plain packaging case), they could be politically and culturally controversial – as they would involve either taking away property from an Indigenous man, or severely restricting his autonomy around it.

Minister for Indigenous Australians Ken Wyatt has also signalled his reluctance to do anything extreme.

I don’t want to go down a pathway where we legislate to take away the copyright of an individual.

Or, there could be a ‘fair use’ provision
Another option might be for legislation to draw inspiration from the Australian Law Reform Commission’s 2014 ‘fair use’ proposal, which the Productivity Commission backed in 2016.

This would need legislation to stipulate Mr Thomas’ copyright would not be infringed by anyone making ‘fair use’ of the flag. This could include applying the flag to clothing for charitable purposes, private uses such as tattoos, as well as the production of images that incorporate the flag for cultural, social or political events.

At the same time, this would not deprive Mr Thomas of the ability to license the flag for purely commercial uses.

What else can the government do?
This week, a spokesperson for Mr Wyatt described the flag issue as “delicate and sensitive” and the government is “working to resolve the matter”.

The government could enter into an agreement with Mr Thomas to buy the copyright, or acquire the licences. This option could respect Mr Thomas’ rights as copyright owner, although would likely come with a hefty price tag . 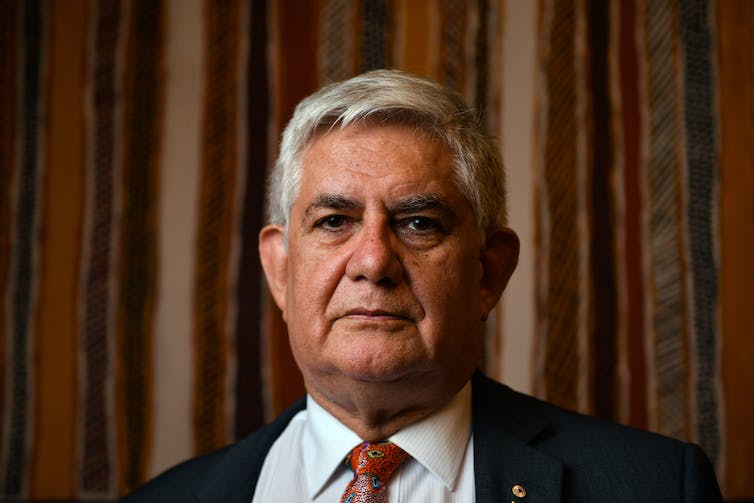 Minister for Indigenous Australians Ken Wyatt has been working on the flag issue. Mick Tsikas/AAP

It also may not meet the concerns of others in the Indigenous community, as this would depend on any conditions the government might set for use of the flag.

Our copyright law needs to do better
The flag debate also demonstrates how inadequate our law is when copyrighted works end up as cultural symbols or icons.

In the absence of a fair use exception, the law does not account for the fact that flags might be ‘artistic works’ according to copyright, but the ways they are used and the emotions they inspire go well beyond the law’s concern with remunerating authors.

In many ways, it was the people that gave the flag value, not Harold.

Do you support the ‘free the flag’ movement?

What’s in a name? Quite a bit if your name is Karen

The calling out of ‘Karens' is a distinctly Aussie way of making a point.

Was there slavery in Australia? Yes. It shouldn’t even be a debate

Scott Morrison asserted in a radio interview that "there was no slavery in Australia".

Here's a list of just some of Australia's quirkiest place names.