Australia’s energy ministers are being urged to provide additional relief for those living on a fixed income so they can better cope with skyrocketing energy prices.

Federal energy minister Chris Bowen met yesterday with his state and territory counterparts for crisis talks on what can be done about Australia’s out-of-control energy prices.

Power prices are set to rise further from July, due largely to the lingering effects of the pandemic and the Russian-Ukraine war.

Now, a coalition of businesses and advocacy groups, led by the Australian Council of Social Service (ACOSS), is calling on the energy ministers to provide immediate energy debt relief of up to $1000 per household to help cover bills.

Read: Which energy rebates are you eligible for?

The group is made up of 29 organisations including the Property Council, the National Farmers Federation and the Ai Group.

“While all short-term options should be evaluated, financial support to the most vulnerable energy users appears essential,” the group said in its statement.

People living on a fixed income, such as those receiving the Age Pension, are especially vulnerable to price spikes in essential services.

ACOSS is also seeking an increase in income support payments to at least $70 a day and a boost to Commonwealth Rent Assistance. The government has promised a ‘cost-of-living package’ in the October economic statement.

Read: Eleven ways to save energy in the kitchen

Kellie Caught, ACOSS climate and energy program director, said: “We know there are more than 250,000 people already in energy debt coming out of COVID and rising prices will mean either people turn off their heaters and hot water to avoid energy debt, at risk to their health, or go without other essentials like food and medicine.

The group is also calling for a moratorium on debt collection for energy bills during this period.

In addition to constraints on gas supplies, electricity prices are rising due to Australia’s reliance on ageing coal-fired power stations. About 25 per cent are offline due to outages.

Mr Bowen says there is “no easy fix” for the energy crisis and that the problem is being exacerbated by inaction on transition to renewables by the former government.

Read: Tough choices for many as energy costs set to increase

“What’s really caused this problem is that we haven’t had the investment we need in renewables and transmission and storage,” he told ABC Radio.

“Over the last few years, we’ve had a 17 per cent reduction in renewables investment. We need nine times the amount of utility scale renewables to make the system more stable.”

The ACOSS-led group was in agreeance, highlighting the move to renewable energy production as inevitable, and saying that bringing its implementation forward made the most sense.

“Only a handful of measures are likely to help in the short term and they are unlikely to be sustainable,” the group says.

“Accelerating our clean energy transition in a fair and inclusive way will ultimately deliver durable help, but while that requires immediate action, it will largely impact the medium term.

“A faster buildout of large-scale renewables and transmission makes all the sense in the world, as does a speedier move from natural gas to alternatives from electrification.” 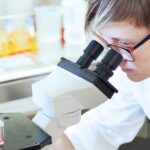 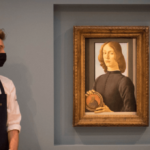