The Victorian government has just received a landmark review into the state’s sex work laws.

This is the first large-scale review of Victorian sex work laws since 1985 and presents a huge opportunity for change.

With the Victorian Labor Party platform in favour of sex work decriminalisation, the current review is considering how, not if, that can be done.

But the path there is not straightforward. The only way to adequately protect the health, safety and dignity of sex workers is to introduce full decriminalisation.

This would make Victoria the world’s first jurisdiction to do so.

What is the review?
Announced last year, the review is led by Reason MP and sex worker advocate Fiona Patten. 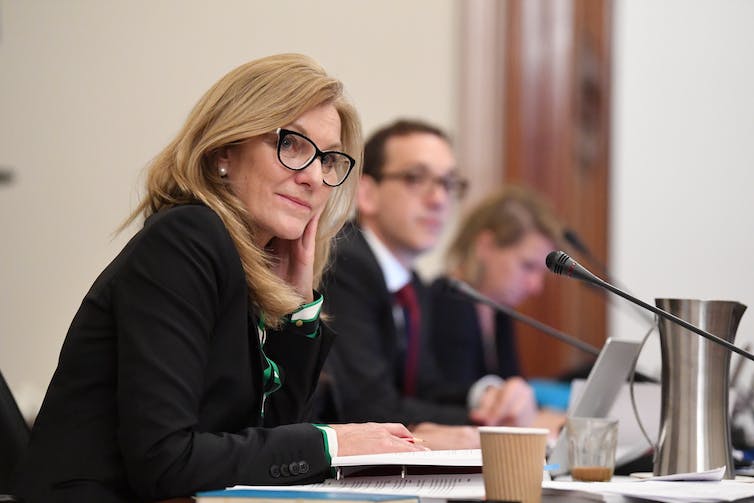 The Andrews government asked Ms Patten to make recommendations on the preferred options for legislative reform needed to achieve decriminalisation of sex work in Victoria, including reform to legislation concerning health, safety, planning and criminal matters.

The review was completed last week week and has not yet been made public. The Andrews government is not expected to respond with a bill until next year at the earliest.

How is sex work regulated in Australia?
Australia has three regulatory approaches to sex work: legalisation, criminalisation and decriminalisation.

Victoria , the Australian Capital Territory and Queensland, have legalised certain aspects of sex work under licensing schemes. This means that sex work is only legal if it takes place within licensing and registration frameworks.

In Victoria, for example, this has resulted in a two-tiered system made up of a ‘legal’ sector, with licensed brothels and agencies and registered workers, with the rest of the industry unlicensed and criminalised.

South Australia, Western Australia and Tasmania have full or partial criminalisation. In Tasmania, for example, private sex work is legal, but brothels and street-based work are not.

There are different approaches again in New South Wales and the Northern Territory. NSW decriminalised sex work in 1995 and last year the NT became the third jurisdiction in the world to decriminalise sex work, after New Zealand.

As the Network of Sex Work Projects explains, this covers laws that criminalise sex workers, clients, third parties (like business owners, managers and receptionists) as well as families, partners and friends living off any earnings.

In NSW, sex work is recognised as a job and is then regulated by existing occupational health and safety legislation and council zoning policies.

But it is not fully decriminalised. While street-based sex work is legal, there are restrictions on where workers can work, how they can solicit and whether they can work with another person. There have also been issues with local councils refusing applications for brothels, undermining efforts to regulate sex work.

The New Zealand model is a mix of decriminalisation and legalisation, involving ‘operator certificates’ for business operators and managers. But the use of licensing here is unnecessarily restrictive and sends the signal that some businesses are undesirable.

What is happening overseas?
Denmark has partially decriminalised sex work in a different way. While buying and selling sex isn’t criminalised, it is illegal for other people to profit off sex work as a third party. In theory, this is to stop pimping, but it makes it harder for sex workers to work safely, as some sex workers have struggled to rent apartments because landlords fear they could be charged with profiting off of sex work as a third party.

This model maintains stigma and discrimination, and does not give sex workers the same rights and access to justice and social benefits as other working people.

In other countries, such as France, Sweden, Norway and Iceland, selling sex is legal but paying for it is not. Finland introduced a partial ban making it legal to buy and sell sex, as long as the person is working by themselves and has not been forced or coerced.

According to Amnesty International, these sort of approaches do little to respect, protect and fulfil sex workers’ rights.

Research from Norway and Sweden shows these ‘reforms’ have led to increased violence from the police, immigration authorities and clients as well as stigma and discrimination.

What approach does Victoria need to take?
Victoria has a chance to be a world leader here, as it would be the first jurisdiction to implement full decriminalisation.

Only full decriminalisation — including sex work at home and on the street — will reduce risks to sex workers’ health and safety.

Other jurisdictions have stopped short of this, often citing trafficking and forced sex work, but there are also political reasons and misguided ideas about what is ‘best’ for sex workers.

However, sex work is work. A decriminalisation model should not equate sex work with sexual violence or violence against women. This ignores the diverse sexualities and genders of sex workers and their clients.

Victoria’s approach needs to be clear about the differences. Criminalising migrant sex work in the hope of preventing trafficking (like in New Zealand) would push migrant sex workers further underground and create unsafe work environments.

Victoria needs to heed the 2011 advice from the UN Special Rapporteur on Trafficking in Persons, which said Australia needs to develop strong pathways for safe and legal migration. This includes pathways for sex workers. 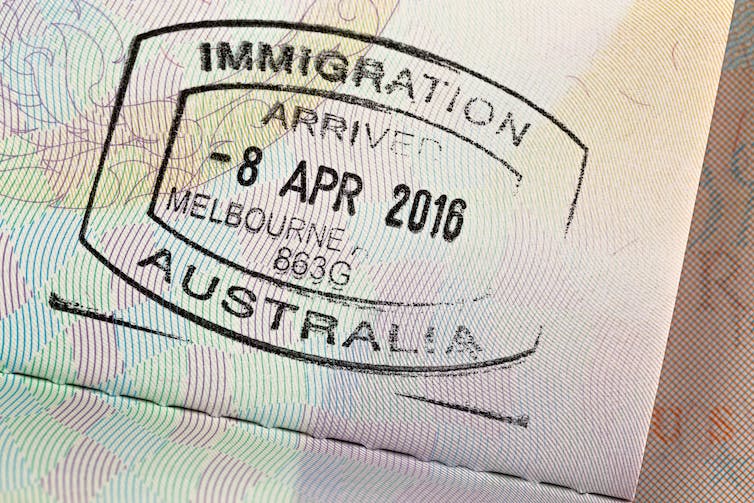 Human trafficking should not be confused with sex work. www.shutterstock.com

In Victoria, some migrant sex workers already work lawfully in the sex industry. But many do not.

Apart from the broader problems with the existing system, there are visa restrictions around age and the number of hours people can work.

In order to adequately protect against trafficking, full decriminalisation would ensure migrant sex workers can work safely. This could see the inclusion of sex work on the Australian government’s skilled occupation lists. This would allow sex workers to be sponsored for longer-term visas with work rights.

This is ultimately a federal decision, but it needs to be supported by full decriminalisation of sex work at the state level.

Time to listen
Victoria has the chance to finally get it right and be the first jurisdiction in the world to fully decriminalise sex work.

This involves taking bold steps, such as creating new visa options for migrant sex workers, to guarantee the safety and dignity of all sex workers.

Sex workers have every right to live and work without stigma and discrimination and have been calling for this since 1985. It is time we listened.

Should sex work be decriminalised?

How Janet brightens the day for her very special clients.

Victoria will be the first state to allow voluntary euthanasia.