Grief can seem desolate for those in the thick of it, who often feel unable to imagine a way out of their suffering. But, as time passes, the pain usually dampens or becomes more fleeting.

Understanding the normal trajectory of grief matters for the person experiencing the grief and those treating them. Attempts to provide a map of the bereavement process have typically proposed a sequence of stages. The ‘five stages’ model is the best known, with the stages being denial, anger, bargaining, depression and acceptance.

While there is some evidence for these stages, the experience of grief is highly individualised and not well captured by their fixed sequence. Some of the five stages may be absent, their order may be jumbled, certain experiences may rise to prominence more than once and the progression of stages may stall. The age of the bereaved person and the cause of death may also shape the grief process.

Stages of grief
The first major attempt to outline the stages of grief was made by British psychiatrist John Bowlby, father of attachment theory, an influential account of how infants and children form close bonds to their caregivers. Bowlby and his colleague Colin Parkes proposed four stages of grieving.

The first is of numbness and shock, when the loss is not accepted or seen as not real. The second stage of yearning and searching is marked by a sense of emptiness. The mourner is preoccupied with the person who has been lost, seeking reminders and reliving memories.

In the third stage, despair and disorganisation set in. This is a sense of hopelessness and sometimes anger where the bereaved person may withdraw into depression. Finally, in the re-organisation and recovery stage, hope rekindles and there is a gradual return to the rhythms of daily life.

Read more: Death and families – when ‘normal’ grief can last a lifetime

Bowlby and Parkes’s model, first proposed in the early 1960s, may have been the first. However, it’s Swiss-American psychiatrist Elisabeth Kübler-Ross’s model coined in 1969 that has become the most widely known. Her five stages of grief – originally developed to map patient responses to terminal illness – have become famous. They have been applied not only to responses to death but also to a variety of other losses.

Kübler-Ross’s first stage, denial, resembles what Bowlby and Parkes labelled numbness and shock, but her second, anger, departs from their scheme. The affected person demands to understand why the loss or illness has taken place, and why it has happened to them. In the third stage, bargaining, the person may be consumed with ‘if only’, guiltily wishing they could go back in time and undo whatever may have led to the illness, or death.

Stages four and five involve depression and acceptance. Despair and withdrawal gradually give way to a sense of fully acknowledging and making peace with the loss.

Evidence for the five stages
Kübler-Ross’s stages emerged from her clinical work with dying patients rather than systematic research. Empirical support for the existence of the proposed sequence of stages has been scant but intriguing.

One study followed 233 older adults over a 24-month period after the death of a loved one from natural causes. It assessed them on experiences associated with a modified version of Kübler-Ross’s stages. In accord with her theory, each of the five experiences peaked in the predicted order.

Disbelief was highest immediately after the loss and declined gradually thereafter. Yearning, anger and depression peaked at four, five and six months respectively before declining. Acceptance of the loss rose steadily over the two-year period. 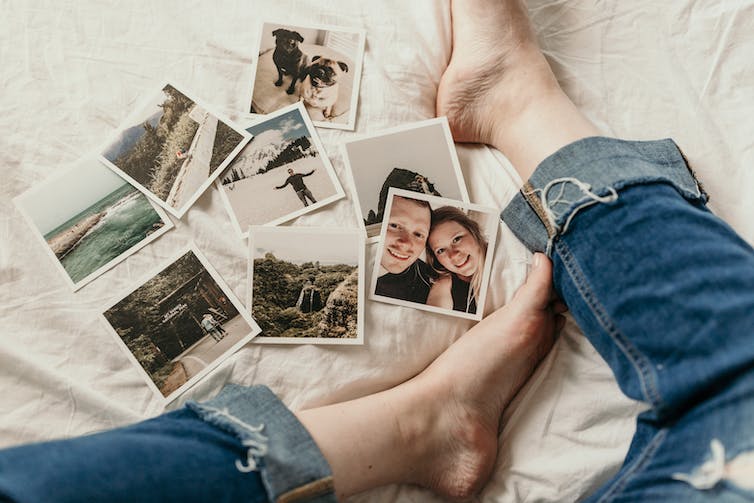 Problems with the stage model
Although the sequence of peaks matched Kübler-Ross’s model, some aspects of this research also challenged it.

First, although disbelief was at its highest immediately after the loss, it was always less prominent than acceptance. Acceptance is not a late stage of resolution for people who are grieving, but an experience that prevails from the start and continues to grow.

Second, yearning was the most prominent negative experience, despite being omitted from the most well-known version of Kübler-Ross’s five stages. This points to the limitations of framing grief in the clinical terms of depression, which study participants experienced less frequently than longing.

But the study’s findings can’t necessarily be generalised as it looked only at older adults and natural causes of death. Another major study found the typical pattern of grieving among young adults was substantially different.

Read more: There’s not always ‘closure’ in the never-ending story of grief

Yearning peaked before disbelief, and depression remained constant without resolving over two years. In addition, yearning, anger and disbelief returned with a second peak near the two-year mark, when acceptance also declined.

Moreover, young adults whose loved ones died by violent causes differed from the typical pattern. For them, disbelief dominated their first months, and depression initially declined but then rose again as the second anniversary of the death approached. 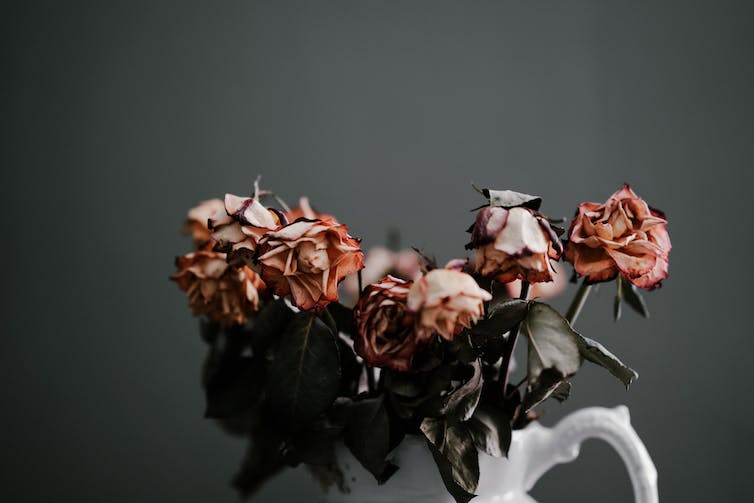 The way a person has died may shape the process of grief for their loved ones. Annie Spratt/Unsplash

All these findings represent the average responses of a sample rather than the trajectories of individual participants. Even if the Kübler-Ross’s stages partially reflect the statistical tendencies of the whole sample, they might fail to capture how individuals’ experiences of grief unfold.

That is the conclusion of a study that followed 205 adults over an 18-month period following the loss of a spouse. These adults had been interviewed for a related study prior to the loss.

The researchers found evidence of five distinct trajectories, with some people being depressed before the loss, and recovering afterwards. Some fell into a long-lasting depression, while others were fairly resilient and had experienced low levels of depression throughout.

Read more: Coping with bereavement and grief: lessons from history

States of grief
Kübler-Ross came to acknowledge the reality that her stages compose an appealing narrative of recovery rather than an accurate sequencing of grief. Experts now place less emphasis on her stages as a series of steps on the bereavement journey, much as they have tended to lose faith in other stage theories of human behaviour.

For all its limitations, Kübler-Ross’s analysis still has value. The supposed stages of grief may be better understood as states of grief: recognisable experiences that rise to the surface in distinctive ways in each person’s sorrowful passage through loss.

Related articles:
Rise and rise of the sexy senior
Are you really a good driver
Life after YourLifeChoices