Anyone touched by dementia knows its devastating. Now scientists say they are another step closer to early detection of the debilitating disease, sparking hope for treatments and preventative measures.

Researchers at the Université de Paris (UDP) say they have a method of analysis that reveals possible dementia indicators as many as 15 years before the onset of the disease. Confirmation of a link could lead to a revolution in prevention of the disease, which affects around two per cent of those in their late 60s,  rising to as high as 33 per cent of those aged 90-plus.

The apparent link is a simple one – pain. Analysing data collected over almost 30 years, the UDP team found that those who went on to develop dementia were more likely to experience increasing levels of pain many years earlier.

They then used electronic health records to determine if and when those participants were diagnosed with dementia. The study involved 9046 participants, and of those, 547 developed dementia.

The report, Timeline of pain before dementia diagnosis: a 27-year follow-up study, was published in Pain, the online journal of the International Association for the Study of Pain.

The findings suggest that pain is a correlate or prodromal symptom rather than a cause of dementia. The term ‘prodromal’ refers to the early stage and symptoms of any condition.

Between pain intensity and pain interference, the study found it was the latter that had a stronger association with dementia, which, the authors say, highlights the need for better management of pain in older adults.

The UDP team found pain increased rapidly in the preclinical period of dementia and that the association of pain with dementia became stronger closer to diagnosis.

Read: The group that’s twice as likely to develop Alzheimer’s

It is important to note that these findings suggest a correlation, and not a causation.  It may be that both pain and dementia share common causal mechanisms rather than pain being an important contributor to the risk of dementia.

Dr Sara Imarisio, head of research at Alzheimer’s Research UK, says that “brain changes linked to the diseases that cause dementia can start in the brain up to 20 years before symptoms like memory loss appear.”

To give us the best chance of effectively treating diseases such as Alzheimer’s, Dr Imarisio says: “We need to diagnose people earlier than we do today.”

If you enjoy our content, don’t keep it to yourself. Share our free eNews with your friends 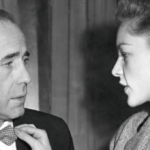 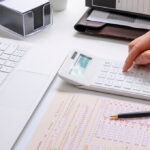