Have you ever had one of those moments where you get a little confused while performing a simple act? I have occasionally been known to point my car remote control at the front door when arriving home, much to the amusement of my kids.

I can laugh along with them, but now that I am in my late 50s, that’s the sort of moment that makes me stop and think, ‘Is this a sign of something more significant?’

By ‘something more significant’, I’m referring to dementia. In this case, I’m fairly sure my key faux pas is nothing more than me getting my wires temporarily crossed while juggling armfuls of groceries with a head full of things on the ‘to do’ list.

But paying attention to little moments like that can be helpful to anyone who might be susceptible to dementia, and especially those who live with someone who may be susceptible.

One particular type of dementia that might first show up as difficulty performing a simple task is FTD – frontotemporal dementia. As the name suggests, FTD is caused by damage to cells in areas of the brain called the frontal and temporal lobes.

One of the rarer forms of dementia, FTD is thought to account for about one in 20 dementia cases. It typically affects people between the ages of 45 and 64, but can also affect people younger or older than that.

Three proteins – known as tau, TDP-43 and FUS – are believed to be the culprits in cases of FTD. These proteins can build up and clump together, damaging the brain cells and eventually causing those cells to die.

Spotting the early signs of FTD can be difficult, but there is a range of things you can look out for. One is recognition. Difficulty recognising people or knowing what objects are for can be possible signs of FTD. For example, understanding that the kettle is used to boil water or that the remote controls the TV.

A single such episode is unlikely to be cause for concern, but multiple instances might be an indicator that something needs to be investigated further.

Recognition difficulty is just one of many symptoms of FTD. Others include:

That’s quite a broad array of symptoms, making diagnosis no easy task. A single episode of any of them is unlikely to be cause for concern, but if you notice a pattern occurring in yourself or someone who might be a potential sufferer of FTD, a trip to the GP is advisable. 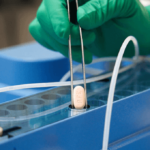 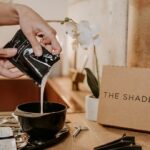