As you would expect, it’s a little bit more complicated than that, but the general gist is that a study conducted in the Netherlands has found that women may be able to combat the effects of sodium by eating a potassium-rich diet, potentially decreasing their risk of CVD.

So, to be more accurate, a potassium-rich diet will help offset the increase in CVD brought about by a diet that’s too high in sodium.

Read: Seven benefits of lowering your blood pressure and how to do it

Ideally, your diet will be low in sodium regardless of whether you’re a man or a woman, but the reality is that due to the high salt content in the ultra-processed foods that dominate western diets, your daily sodium intake is likely to be in excess of the recommended maximum of 2000 mg (equivalent to about five grams or a teaspoon of salt).

For females, though, evidence suggests a potassium-rich diet may combat the effects of a high sodium diet, and lower blood pressure. This news comes via a paper published in the European Heart Journal, which looked at almost 25,000 participants from the EPIC-Norfolk study in the UK. Participants ranged in age from 40 to 79, with mean ages of 59 for men and 58 for women.

EPIC stands for European Prospective Investigation into Cancer, but the data collected, including diet and physical activity, along with baseline health checks, is useful for studies beyond the realm of cancer.

The participants have continued to provide follow-up data and attend additional health checks for more than 25 years.

Read: Heart attack risk jumps if your blood pressure rises when you do

The study found a negative correlation for women between potassium intake and systolic blood pressure (SBP). As intake increased, SBP decreased, and the effect was greatest in those women who had the highest sodium intake. For that group, every one-gram increase in daily potassium was associated with 2.4 millimetres of mercury (mm/Hg) lower SBP.

However, the researchers found no association between potassium intake and blood pressure in men. That’s not to say that eating healthy foods high in potassium won’t have a positive impact on the wellbeing of men; it just probably won’t lower their blood pressure.

Foods that are rich in potassium include bananas, sweet potatoes, dried fruits (such as raisins, apricots and prunes), beans, peas, lentils, seafood and avocados.

Read: Podcast: A heart health check could save your life

Most of those foods provide other health benefits, such as fibre, regardless of the sex of those consuming them.

As good as the news provided by the research is, the higher potassium intake is likely to be only part of the treatment required to for lower blood pressure in women. Tim Spector,professor of genetic epidemiology at King’s College London and author of The Diet Myth, says: “Lowering the SBP by just over 1mm/Hg is not clinically significant in practice. What it does indicate is that sodium intake alone is not the only factor we should be concentrating on when preventing CVD, and personalised nutrition approaches are key in achieving optimal health outcomes.”

In summary, the news is good, mostly for women, but an improved diet will make it better for everyone.

Do you have a sense of how much sodium is in the foods you eat? Is your diet rich in potassium? Why not share your thoughts in the comments section below? 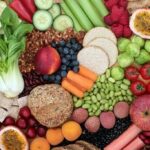 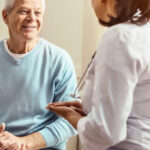