Diphtheria of the throat has been detected in Australia for the first time this century. Should you be concerned?

Two children, aged two and six, are the first confirmed cases of diphtheria of the throat in Australia since 1992. The two-year-old is in intensive care in a Queensland hospital, while the older child is being cared for in a hospital in northern NSW.

It’s understood the children are brothers.

The infections are the first cases of diphtheria of the throat here in decades, but health authorities say there’s no need to panic.

There are also forms of diphtheria that affect the skin, eyes and genitals.

In its most severe form, diphtheria of the throat causes a greyish-white membrane to form in the throat, which can eventually block the airways and make it difficult to breathe and swallow. The infection is fatal in around 5 to 10 per cent of cases overall, but up to 20 per cent in children under five.

The disease spreads aerially through coughs and sneezes and by skin-to-skin contact with wounds infected with diphtheria.

In the early 1900s, diphtheria was responsible for more deaths in Australia than any other infectious disease, but an effective vaccine has been available since 1923 and was rolled out nationally in 1932. It is delivered to babies in a combination vaccine that also protects against tetanus and pertussis (whooping cough).

Due to widespread vaccination, the disease is rare in the developed world, with outbreaks generally occurring in countries with less vaccination coverage.

Neither of the two children in hospital had been vaccinated.

Read: This much sleep increases your risk of dying by 24 per cent

Most diphtheria cases in Australia in the past 50 years have originated overseas, but Dr Paul Douglas, director of North Coast Public Health (the hospital where the older boy is being treated), told The Guardian he believes these two cases have developed locally.

“We now believe this is certainly something that’s developed locally,” he says.

“The bacteria itself is endemic within our community. It’s a bit like tetanus, it’s always there. And if the right circumstances come along, then someone can get an infection.

“We think someone who is fully immunised began to colonise the bacteria either in a wound or in their respiratory tract. And then they have come in contact with the unvaccinated children who are now infected.” 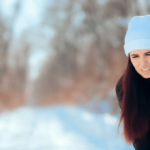 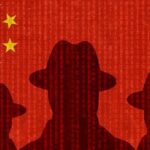