Almost a third of melanomas picked up during routine skin checks may not be harmful, a study suggests.

Researchers followed tens of thousands of Queenslanders over seven years and found melanoma detections were significantly higher among the group that had their skin examined by a doctor before enrolment in the study.

QIMR Berghofer Medical Research Institute cancer scientist David Whiteman, who led the study, said the results suggested that up to 29 per cent of the melanomas detected during skin checks may never have come to light if that person had not been screened.

“It suggests that skin examinations and biopsies are picking up things that look and feel just like melanomas, but they don’t always behave like them or cause harm,” he said.

Melanoma kills about 1400 Australians every year, with more men dying than women.

Queensland has the highest rates of the skin cancer in the world.

Professor Whiteman said the research did not lessen the importance of Australians being sun safe and undergoing regular screening for skin cancers.

But it paved the way for some “exciting” research possibilities to improve the diagnosis and treatment of the disease.

QIMR Berghofer genetic researchers are already investigating whether particular genes in melanoma cells influence the behaviour of the skin cancer, leading to the development of more serious disease.

“We want to be able to do a test to see whether or not certain melanomas themselves carry a mutation that makes their melanomas either more or less aggressive,” Prof. Whiteman said.

He said some people may also have inherited genes that made them less vulnerable to the effects of cancers.

“Those people might have a genetic susceptibility or a genetic strength, if you like, that increases or decreases the risk of a melanoma spreading in their body,” he said.

Another possibility relates to the immune system differences.

“We do know that our immune systems do mount an immune response to cancers, particularly to melanomas,” Prof. Whiteman explained.

“Because melanomas are often highly mutated tumours, they often express lots of weird proteins on their surface, and those proteins can provoke an immune response.

“We know that the immune system is really important in fighting melanomas, but whether or not that explains why some melanomas just sit there on the skin and don’t progress … we don’t yet know.”

The big hope is that more research will lead to the identification of triggers that switch a melanoma from being benign into an aggressive tumour.

“That trigger might be something that can be targeted with a designed drug or a designed genetic therapy that might be able to switch a gene on or off,” Prof. Whiteman said.

“Patients diagnosed with melanoma have to live with the fact they have a potentially fatal cancer and endure ongoing check-ups and scans,” he said.

“If we can find a way to distinguish the melanomas with a good prognosis from the very nasty melanomas, we might be able to offer patients better information about their condition and more appropriate treatment options.

“It would also help alleviate pressure on the healthcare system as melanoma treatment is very, very costly.”

Prof. Whiteman urged Queenslanders to continue to “slip, slop, slap” even in winter.

“Every time you get exposed to the sun, there is the potential that damage can happen,” he said.

“We still advocate that you’re better off never getting a melanoma in the first place.

Cancer Council Australia recommends that people regularly examine their skin and consult their doctor if they notice any changes – such as a new spot or changes in the size, shape or colour of an existing spot. 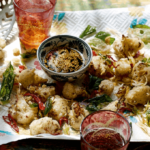 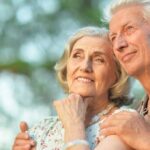