An international study has found around one in 10 participants under planned general anaesthesia were able to respond to commands. Importantly, no subjects remembered the commands after surgery. Researchers say the study sheds light on a medical phenomenon known as ‘connected consciousness’.

‘Connected consciousness’ occurs when people under general anaesthetic are able to respond to outside stimuli such as pain, but may not be able to recall the event afterwards.

Previous studies showed it occurred in five per cent of general anaesthetics, but researchers are concerned it is actually happening more frequently in young people and is linked to biological sex.

One surprising finding was the risk of being responsive under general anaesthetic after intubation was three times higher in females.

Fortunately, no one remembered the commands, though one person (0.3 per cent of participants) reported he/she was able to clearly recall the experience of surgery after the procedure ended.

There are different approaches to inducing anaesthesia to allow intubation. Sometimes patients are given a single dose of an anaesthetic to help them lose consciousness and an additional drug to stop movement.

The study has found that maintaining a continued level of anaesthesia before intubation decreased the risk of ‘connected consciousness’ in patients.

Provision of continuous anaesthesia during that time is standard practice in Australia.

The findings, published in the British Journal of Anaesthesia, is the largest international cohort study of its kind, involving 338 participants and 10 hospitals across Australia, Belgium, Germany, Israel, New Zealand and the United States.

“The data from the study has given us a crucial starting point in improving our understanding of ‘connected consciousness’. Patients expect to be unconscious under anaesthesia, and not be in pain, and this demonstrates why research into anaesthesia is so important,” said senior author Professor Robert Sanders.

“The goal is not to discourage people from surgeries under general anaesthetic – it is very important to note that patients did not remember responding to the commands,” said Prof. Sanders.

“It was also reassuring to see that if anaesthetic drugs are administered continuously in the time period between induction of anaesthesia and intubation, the risk of connected consciousness was greatly reduced.

“This research also highlights the need to better understand how different people respond to the anaesthesia medication. There is an urgent need for further research on the biological differences, particularly sex, that may influence sensitivity to anaesthetic medication.”

The study involved patients from 18 to 40 years old undergoing general anaesthetic and intubation.

Lead author Assistant Professor Richard Lennertz, from the Department of Anaesthesiology, University of Wisconsin School of Medicine and Public Health, US, said: “It is important to emphasise the overall safety of anaesthesia. Patients had no memory of these experiences after surgery.

“This study highlights an ongoing commitment to patient safety in anaesthesiology and an opportunity for further improvement in patient care.”

Co-author, Dr Amy Gaskell, from Waikato Hospital, New Zealand, commented: In this study, we have confirmed that the state of connected consciousness occurs not infrequently following intubation in younger patients. We identified quite a variation in practice around the time of intubation, which might explain why some of the responses were possible. The higher incidence in females is also very interesting and we look forward to exploring the reasons behind this.”

Declaration: Aeyal Raz serves as a consultant for Medtronic and Neuroindex. The other authors declare no competing interests. Each hospital obtained ethics approval from their own Institutional Review Board.

This article first appeared on the University of Sydney website, sydney.edu.au. 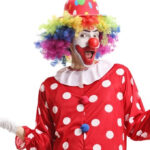 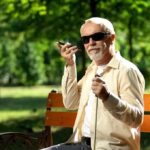