As deadly as prostate cancer can be, many prostate tumours are completely harmless. Now, a new technique developed in Sweden appears to have unlocked the key to finding out which is which at an early stage.

Researchers at Umeå University in Sweden have discovered a faster and easier way to determine who has an aggressive form of cancer, and who has not. This would be of huge benefit to medical services struggling with the balancing act of detecting as many cancers as possible in good time to start treatments early, yet avoiding diagnosis when the tumour is harmless.

Read: Prostate cancer symptoms to look out for

“With the use of this new discovery”, said Prof. Landström, “we can put the men with prostate cancer whose prognosis is promising at ease, and those with high-risk prostate cancer can be offered treatment sooner.”

TGF-β is the key.

“We have found a new, previously unknown, function of the TGF-β type I receptor (TbRI), which is an important signalling protein in cancer cells. Previous studies have shown that TGF-β signalling is important in the development of several cancer forms,” said Prof. Landström.

Further investigation led the researchers to what is known as the ‘AURKB-TβRI complex’. This, says Prof. Landström, “may be a useful biomarker for early detection of advanced prostate cancer, which may be of huge clinical benefit in the development of precision drugs for treating prostate cancer.”

The research is at a relatively early stage, but Prof. Landström believes that, with funding, a useable test could be developed within a few years.

“We estimate that it will take us two to three years to develop a test based on our findings,” she said.

This is potentially good news for both at-risk men and medical practitioners. Many doctors use PSA (prostate specific antigen) testing as a tool to aid prostate cancer diagnosis, but the results can sometimes be misleading.

The new developments at Umeå University may help end that confusion and potential misdiagnoses.

Have you had a prostate check lately? Or been diagnosed with prostate cancer? Why not share your experience and thoughts in the comments section below? 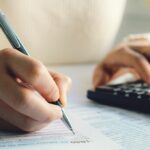 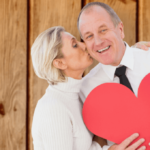