Somewhere in the dark recesses of my mind I have a memory of an article written by broadcaster Derryn Hinch about getting by on three hours sleep per night. My recollection is that he said he trained himself over time to become a productive person with just those three hours of slumber each day.

I remember being sceptical, but also envious. How much more I could do with an extra four or five hours each day!

Putting aside the fact that I probably would have wasted those hours, the medical evidence does not support such a small amount of sleep being in any way good for you. Quite the opposite, in fact.

Read: Can a Fitbit improve your hearing?

If you’re not getting at least seven hours’ sleep each day, you are increasing your risk of dying – and not just by a small fraction. The evidence points to an increased mortality rate of a whopping 24 per cent for those not getting seven hours of snoozing regularly.

And it’s not just the medical fraternity issuing this warning, it’s the actuaries at insurance companies who are sounding the alarm. Insurance is all about risk, and the higher your risk of death, or an accident, or some other event that would require them to pay you out, the higher they will charge to insure you, if indeed they agree to insure you at all.

Insurance companies are driven by a bottom line, and it was insurance companies who were among the first to adjust premiums for businesses who were at risk from global warming way back in the 1970s. Their approach was nothing to do with acceptance or denial of climate change, it was purely business, based on what the statistics were telling them.

Read: My week with a Fitbit

But back to the subject of sleep. Insurance companies and their actuaries have been crunching the numbers relating to lack of sleep and the risks it poses, and are taking their assessments in a new direction. They are beginning to collect sleep data directly from you – specifically from the wearable device you might be wearing to count your steps each day.

These days most of those devices, the Fitbit or Apple Watch, for example, will do much more than count steps. Among their armoury is the ability to monitor your heart rate and the amount of sleep you get each night. And many of them don’t just measure your hours and minutes, they also quantify the quality of your sleep.

At the annual Australian Actuaries Institute conference held in May, Matan Abraham, CEO of South African insurance adviser Elevate, said “that Fitbit seems to be the gold standard with regards to trackers in the sleep space”.

With that in mind, Mr Abraham’s company has created a dashboard system that allows their customers to upload their sleep data to Elevate, with a rewards-based system in place for those who are getting the right amount of sleep.

Read: Can we trust smart watches to monitor our hearts and health?

It’s a win-win scenario, with customers benefitting from a longer, healthier life (and cheaper insurance premiums) and the insurance companies reducing their payout risk.

I do have one concern about this development. As a Fitbit wearer myself, I have noticed that my sleep amount often seems to come up short. It often seems to indicate that I have not fallen asleep until an hour or two after I’ve gone to bed.

Could it be that my Fitbit is not at the ‘gold standard’ Mr Abraham suggests? Or is my first hour or two of sleep of such low quality that it doesn’t meet Fitbit’s ‘standards’? I’m not sure, but it has made me think about what I can do to improve my sleep habits – because I would, after all, like to live a long, healthier life.

When it comes to sleep, the bottom line, basically, is this: if you don’t go to bed early, you’re more likely to go to your grave early. 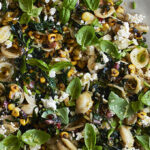 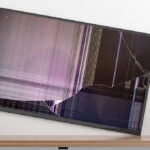