The findings were derived from a survey of 1050 Australians, commissioned by leading weighted blanket brand Calming Blankets.

Nearly half (45 per cent) of respondents admitted they engage in poor night-time habits that prevent them from falling asleep or maintaining quality sleep.

Younger Australians aged 18–30 (70 per cent) are guiltier of engaging in bad night-time habits that hinder sleep, compared with just 26 per cent of over-50s.

Respondents were asked to choose from a list of six night-time habits in which they regularly engage and that may be impacting their sleep quality.

Two-thirds (59 per cent) said they use devices frequently before bed, while 38 per cent go to bed at different times every night. A quarter (27 per cent) admitted they eat late, 22 per cent consume caffeinated drinks, and an 20 per cent consume alcohol, study or work late at night.

Dr Carmel Harrington is a consulting sleep expert for Calming Blankets and an internationally recognised sleep scientist. She says engaging in unhealthy habits before bed is common, yet many don’t realise the harmful effect this can have on their health and sleep.

“Engaging in some of these activities or habits occasionally and treating yourself once or twice a week is okay,” she says.

“However, it is not ideal to do so frequently as it can impact the various stages of sleep, leading to sleep deprivation.

“Alcohol is a sleep stealer. While it may help you get to sleep, it will suppress Rapid Eye Movement (REM) sleep – the ‘dream sleep’ that is essential to mental and physical wellbeing – causing sleep fragmentation and reducing overall sleep duration.”

Dr Harrington blames screen use as a major reason for poor sleep.

“Screen use before bed may also interfere with sleep not only because, due to the bright lights of the screen, it delays the release of melatonin, but also because screens stimulate our brains, making getting to sleep problematic,” she says.

Caffeine is another culprit.

“By transiently blocking adenosine (our sleepy neurotransmitter) caffeine tricks the brain into thinking it isn’t sleepy, and because it can take up to eight hours to leave the body, having a coffee at 2pm can impact our ability to go to, and stay, asleep even at 10pm that night,” she says.

Deep sleep is vital for physical health, allowing the body to repair itself, while dream sleep is essential for mental health and the ability to learn. Throughout the night, adults cycle through the different stages of sleep, from light to deep and then to dream sleep, before starting over again. Each sleep cycle lasts between 90 to 110 minutes and adults need about five complete sleep cycles each night.

Unsurprisingly, lack of sleep is associated with numerous health implications.

“Sleep fragmentation and deprivation that can result from frequent bad night-time habits can have devastating impacts on our sleep and health,” says Dr Harrington.

“Many studies show that it can result in a decrease in performance or reliability, slower thought processes, an increased tendency to make mental errors and flawed judgements, an increase in false responding, increased memory errors, and decreased vigilance and motivation.

“If an adult sleeps less than the required seven to nine hours a night regularly, they are also more likely to experience mood swings and increased irritability, and can be more susceptible to developing serious mental health disorders, including a fivefold increased risk of depression.

“Replacing bad habits with good habits can vastly improve sleep. This can include adding weight to your sleep routine, such as heavy bed covers or a weighted blanket, such as Calming Blankets. Weighted blankets can provide a form of deep pressure stimulation, which may have a calming effect. Think of deep pressure stimulation as a firm hug that can have a relaxing effect on the nervous system, stimulating the production of serotonin. Serotonin, our feel-good hormone helps us feel calm and relaxed and is the precursor to melatonin. Stimulating both can help us get to sleep and stay asleep.”

According to Dr Harrington, the seven worst habits contributing to poor sleep and health are:

1. Screen time
We often spend more time on screens than we intend to, and this can reduce opportunities to sleep because it delays bedtime, resulting in decreased sleep time. When watching screens, we are psychologically stimulated, as exposure to bright light suppresses the release of melatonin, the hormone responsible for sleep regulation.

Place limits on your use of devices at night and switch off devices at least one hour before bed. Removing all devices from your bedroom room can eliminate the urge to use them.

Read: Why is it harder to sleep peacefully and untroubled as you get older?

2. Late night snacks or meals
Refrain from full meals within three hours of sleep time. A high calorie load can make sleep elusive and as the body is busy digesting it can cause sleep to be fragmented and may prevent you from getting deep sleep. This is especially important as we get older, as our metabolic rate slows and it can take longer to digest a meal.

3. Caffeine intake before bed
The chemical properties of caffeine can wreak havoc on sleep if taken late in the day. Maximum caffeine effect is experienced one hour after drinking it, at which point it peaks in our blood. After this, depending on an individual’s metabolic rate, it can take up to eight hours to leave the body. For those who want to get their sleep back on track, avoid consuming caffeine after midday. The older you are, the longer it takes for caffeine to leave your body due to decreasing metabolism.

Read: Can you teach yourself to sleep?

4. Alcohol consumption
It is a common myth that alcohol helps sleep. In fact, alcohol is a sleep stealer. Alcohol can have an initial sedating effect, but it is rapidly metabolised and after four to five hours minimal blood alcohol will remain where the body can experience ‘rebound wakefulness’.

This refers to periods of shallow sleep and multiple awakenings, sweating, and an increased heart rate. Alcohol plays a major role in nearly 10 per cent of sleep troubles, so while the occasional late night of drinking is fine, frequent night caps will have a detrimental impact on sleep. It is best for Aussies to refrain completely or limit themselves to one standard drink.

Read: Get deeper sleep and happier dreams with these five tips

5. Sleep environments that are too hot, uncomfortable and not sound- or light-proof
Dark, quiet, cool and comfortable bedrooms are conducive to good sleep. How you cover your body when sleeping also makes a difference. Using tools that bring comfort and aid sleep can be helpful. A white noise machine or a weighted blanket can promote deep tissue stimulation, which can calm and relax the mind and body. This helps you ease into sleep and enjoy a deeper sleep, particularly after a stressful day.

6. Late work or study
Sleep quality is often dependent on how the day is spent, and if it is filled with stress from an overloaded work or study schedule that progresses into night-time, sleep can be impacted.

Deal with the issues of the day in the early evening by spending up to 20 minutes writing down concerns and solutions. Then, close the book and put it away.

Those frequently working late could consider having a transparent conversation with their workplace to adjust their workload. Maintaining a study schedule with deadlines and a commitment to work earlier in the evening can also be helpful. Working or studying late can also increase stress and anxiety levels, making it more difficult to sleep.

7. Inconsistent bedtimes
Keeping consistent sleep and wake times will regulate sleep and help you maintain quality sleep. Your body craves routine, and inconsistent wake-up times can cause significant sleep issues as your wake-up time determines when you are able to go to sleep that night.

When you wake, you set your body clock rhythm for the next 24 hours, including your sleep rhythm. For adults, this is about 16 hours after waking. For example, if you wake late in the morning, at around 10am, you may not be able to fall asleep until about 2am the following morning.

Do you have trouble sleeping? Why not share your experience in the comments section below? 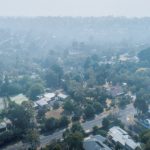 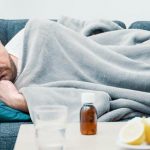