It’s not all in your mind: how meditation affects the brain to help you stress less 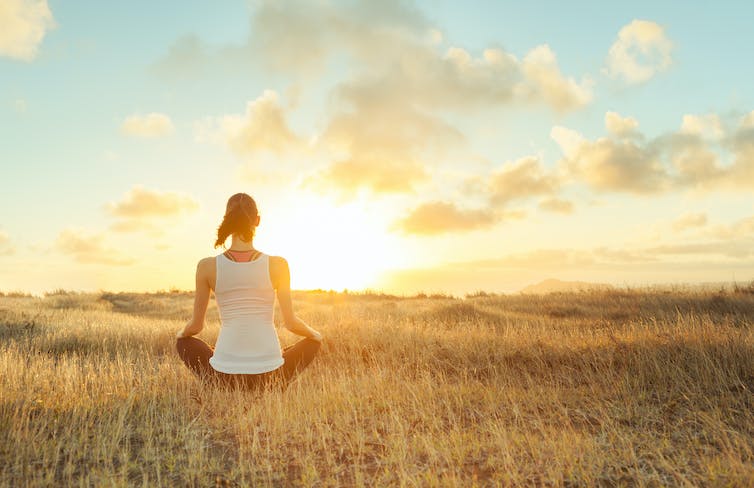 In Australia, about one in six adults practise meditation, while one in 10 practise yoga. People often turn to yoga or meditation as a way to take time out and manage the stress of their day-to-day lives.

Stress is common, and ongoing stress can contribute to the onset of a range of psychological issues such as depression and anxiety.

Read more: Beyond spirituality: the role of meditation in mental health

How the brain responds to stress

A main function of the sympathetic nervous system is to mobilise the body to fight or flee from stressful or threatening situations, via control of internal muscles, organs and glands. This is called the ‘fight or flight’ response. 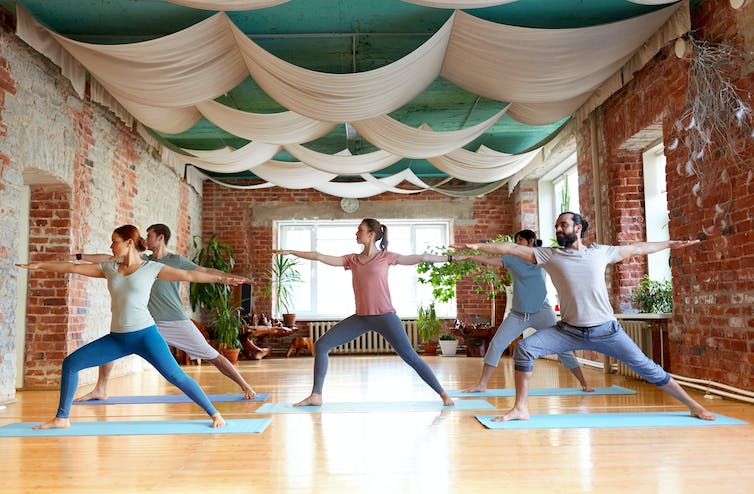 Like meditation, there is evidence that yoga can reduce our stress levels. From shutterstock.com

So by measuring these we can identify if people are experiencing a homeostatic state or a more stressful state, on a physiological level.

We reviewed how yoga and different forms of meditation influence the brain’s stress response system by studying physiological markers of stress.

What are the different forms of meditation?

Open monitoring or mindfulness-based meditations involve the practice of observing the content of our ongoing experience in a non-reactive way, to become reflectively aware of cognitive and emotional patterns. Instead of focusing attention on a particular object, the meditator aims to pay attention to and monitor all aspects of experience as they come up, without judgement or attachment. An example would be feeling the sensation of the seat beneath you while meditating.

In focused attention meditation, attention is focused and sustained on a particular object and brought back to the object when the mind has wandered. In this way, the meditator is controlling their own attention. The object the person focuses on may be the breath, a mantra, visualisation, a part of the body, or an external object. Each time the meditator notices that their attention wanders, they actively bring it back to their object of attention.

Automatic self-transcending involves the use of a mantra, usually Sanskrit sounds, which the meditator can attend to without effort or concentration. The aim is that the mantra becomes secondary and ultimately disappears as self-awareness increases. In automatic self-transcending meditation, the mind should be free from focus and mental effort. It is practised for 15–20 minutes twice a day while sitting with closed eyes.

Read more: Stressed? Meditation or some quiet time alone may help … if only you can find the time!

What the evidence says

We found that meditation and yoga reduce diastolic blood pressure (the lower range) by 3-8 millimetres of mercury (mmHg), compared with people who engaged in another activity, such as aerobic exercise or relaxation.

Both focused attention and automatic self-transcending meditation styles, as well as yoga, reduced systolic blood pressure (the upper range) by 4-5mmHg, compared with people who were not practising any kind of meditation or yoga. This is important because reductions in systolic and diastolic blood pressure of as little as two mmHg can reduce the incidence of heart disease and stroke.

Focused attention meditations and yoga both decreased measures of cortisol. 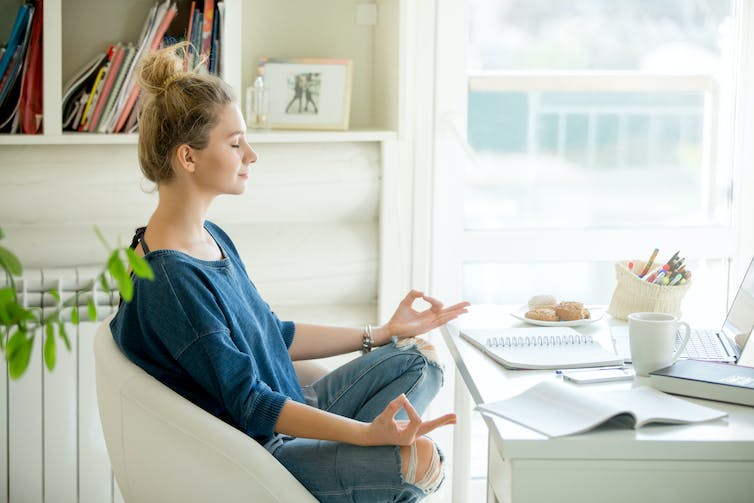 Different types of meditation can be practised in different contexts. From shutterstock.com

Our findings indicate that all forms of meditation studied reduce physiological stress markers in one way or another, and therefore, all forms are likely beneficial in managing stress.

In terms of deciding what form is best for reducing stress, we would suggest practising a form that is enjoyable and therefore you will practise regularly and in an ongoing manner.

While understanding the different types of meditation is useful, meditation classifications should not be considered to be mutually exclusive, either within a single meditation session or over a lifetime of practice. Most meditative techniques lie somewhere on a continuum between open monitoring and focused attention types.

Related articles:
Future is not care as we know it
Why memories flood back
Study urges caution on probiotics

The future is not aged care as we know it: expert

Research shows that most people want to age at home. Industry expert Peter Scutt explains how

Why memories flood back when you visit places from your past

A lifetime of memories… but not always readily accessible.