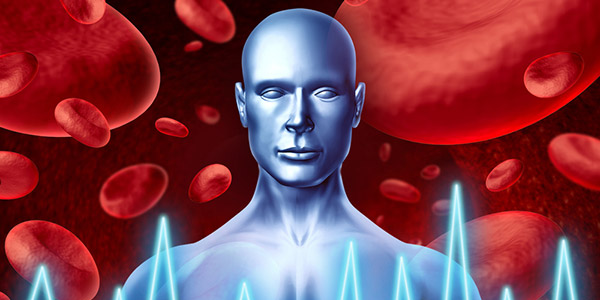 Are you taking a blood thinner? The detail of such medicines can be a little tricky to understand, especially if you’re taking warfarin. So, here are five facts about blood thinners should you need to understand them better.

Instead, they prevent harmful clots from forming in your blood vessels and existing clots from growing any bigger. For this reason, the correct name for blood thinners is anticoagulants.

The most commonly prescribed (and oldest) anticoagulant is warfarin (brand names: Marevan, Coumadin). Warfarin blocks the clotting action of Vitamin K. More recently, however, newer anticoagulants have been introduced. Compared to warfarin, they work on different points of the coagulation cascade – a very complex series of steps that take place for a clot to form.

2. Aspirin is different to anticoagulants

Both low-dose aspirin and anticoagulants, are called ‘anti-clotting’ medicines.

However, unlike warfarin and the new anticoagulant medicines, aspirin doesn’t work on the clotting cascade. Instead it reduces the ‘stickiness’ of platelets, a type of blood cell. That’s why aspirin is known as an anti-platelet medicine (not an anticoagulant).

While aspirin is an over-the-counter medicine, it’s best prescribed by your doctor. So check with your health profession for advice.

3. You can eat green veggies while on warfarin

While you can eat green veggies if you’re taking warfarin, you need to be very consistent with how much you eat each day.

Because many vegetables such as spinach, kale, cabbage, Brussels sprouts and other green leafy vegetables are rick in Vitamin K, they can affect how warfarin works. So aim for eating the same amount of these vegetables every day.

However, if you’re taking any of the newer anticoagulants – e.g. apixaban (Eliquis), dabigatran (Pradaxa) or rivaroxaban (Xarelto) – you can eat as many green leafy vegetables as you want; they won’t affect these medicines.

If you forget to take your blood thinner, don’t double the dose; immediately contact your doctor or pharmacist for advice.

Bleeding – including nosebleeds, internal bleeding and bruises ­– is the most common side effect of blood thinners. So it’s important to let your doctor know right away if you experience red or brown urine, red stools or have a bowel movement that looks like tar – as it may mean you’re bleeding internally. And if you have a nosebleed, squeeze your nose for 15 to 20 minutes to stop the bleeding.

It may also be a good idea to wear a medical alert bracelet that lists all the medicines you’re taking.

To find out more about blood thinners and low-dose aspirin, visit NPS MedicineWise.