As the years pass by, so too do many couples’ sex lives. But it doesn’t have to be that way. There are plenty of couples who’ve been together for years who still enjoy a roll in the hay, and they’ve got some good advice to share with those who nowadays may not have so much success between the sheets.

Sexual relations don’t always happen in the bedroom. And before you say, “What? I’m not having sex in public!” – I want you to know that I’m not referring to the nitty-gritty bits. It’s not just about penetration, you know…

Being affectionate (with your clothes on) can be just as rewarding as the naked act. And the good news is that couples who show affection to each other are then more likely to jump in the sack – at least that’s according to a study authored by David Frederick who’s a behavioural science professor at Chapman University.

It’s important to be affectionate to each other and not just when you want sex. Holding hands, a gentle tap on the bottom, a cheeky text message or a loving caress across the shoulder can make a person feel special, which can then initiate more intimacy down the track. A little bit of affection goes a long way.

You’ve heard the old adage “if you don’t ask it won’t happen”, well, that’s true about sex as well.

Couples often complain that they are not sexually satisfied, but when asked if they actually talk to their partner about what they want, most will say they do not. That’s why talking about sex is important, from new positions to informing each other of preferences, and maybe fetishes, will almost guarantee a happier sex life.

But take baby steps – it may not be in your best interest to bombard your other half with all the fantasies and fetishes you’ve harboured throughout the years. Sex researcher Kristen Mark has a cheeky suggestion for how to ask your partner about trying something new under the covers (or above the covers, if that’s what you desire!). She advises telling your partner that you had a dream about your fantasy, then seeing how he or she reacts. If they seem interested, then you may ask if they want to try it for real. 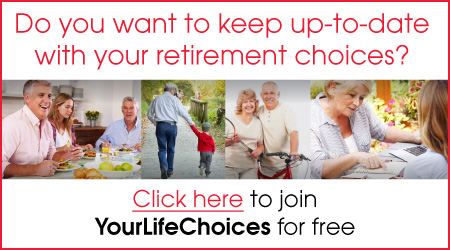 Many men will read that subheading and say “hey, what about me?” But you know what? Her sexual satisfaction is just as important as for the fellas, if not more so. And anyone who tells you otherwise is not being completely truthful (you know what I’m talking about guys).

Men don’t care so much about their own orgasms because they’re pretty much inevitable. However, with around 66 per cent of women saying they don’t usually climax during sex, the female orgasm becomes a ‘white whale’ of sorts for men. So ‘getting her off’ becomes just as important for male sexual satisfaction as it does for women.

So talk about the female anatomy, figure out a roadmap to the holy grail, discover what works when it comes to female arousal and you’ll both benefit from the edification.

News flash: if sex is as much fun for her as it is for him, she may be more likely to make love more frequently.

Variety is the spice of (sex) life

A couple who’s been together for 30 years or more, if you do the maths, has had sex a lot of times (if you’re lucky). But if you’ve found that your sexy times have waned over the years, it may have something to do with repetition and a lack of variety.

Create the mood for love

It may sound cheesy, but setting the right ambience is one of the best ways that you can get each other in a sexy mood. So go on, light some candles, play his or her favourite song and turn the lights down low, and you too may find yourself getting down low for some good loving.

And even if it doesn’t get you all the way, it will certainly reduce the stress of the day, and put you in good stead with each other. It’s all about the groundwork, and although it may not get instant returns, you’ll still both benefit in the long run.

Do you have any suggestions for couples whose sex life is waning? Are there any sexy tips you can pass on to our members?

Related articles:
Sexy tips to spice up your 2016
Sex and older women
Six sex tips to get you in the mood