Social distancing – no handshaking, hugging or kissing – poses obvious challenges for navigating sexual intimacy. Jennifer Powell and Andrea Walling note that technology has the potential to meet different sexual needs and desires. Brigid Delaney has highlighted skyrocketing sales of sex toys in Australia and New Zealand as more of us indulge in a little bit of ‘self-love’.

Joshua Grubbs has outlined why our interest in pornography has increased. Pleasure-seeking is the main reason. People also use pornography as a release to help with “stress, anxiety and negative emotions” – and the pandemic has provoked all of these. 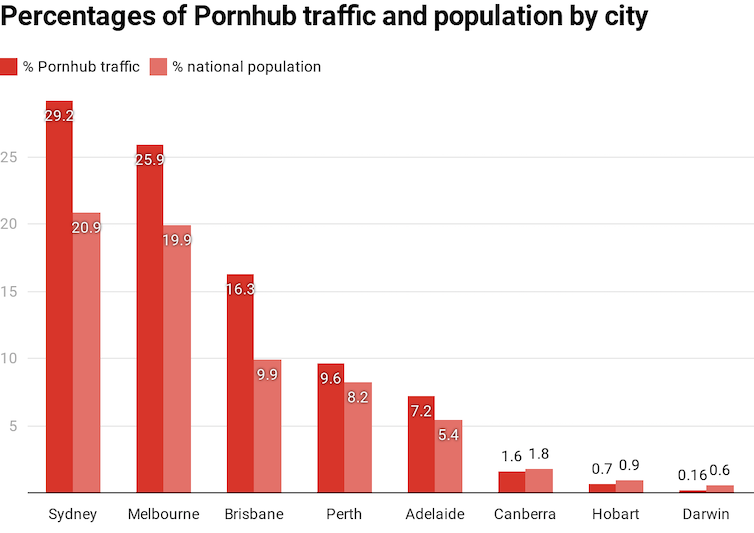 The largest increase in traffic was in Brisbane. Here, volumes in the last week of March were almost 20 indexed points higher than the first week of January. Perth had the second-highest growth, up 14 points over this period.

Traffic growth during March in Brisbane, Perth and Adelaide was above the national trend. Although growth for Melbourne and Sydney was below the trend, this is explained by both cities already having high traffic volumes. 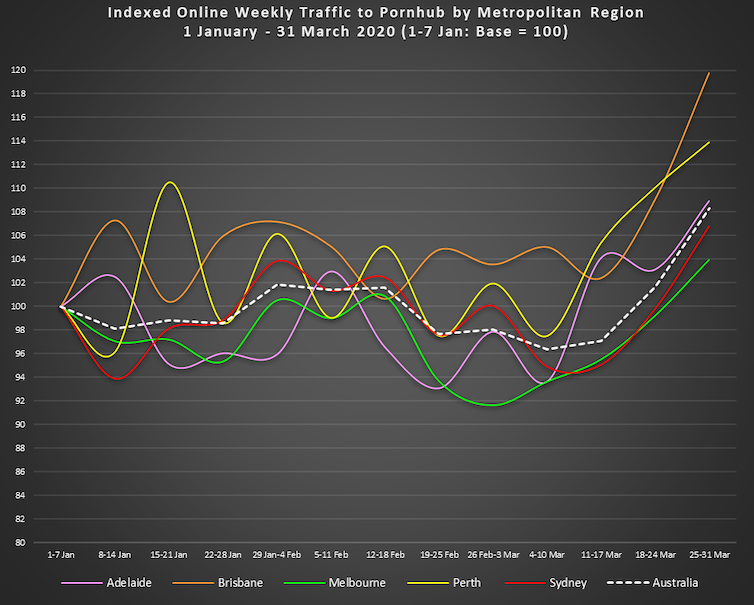 The surge in traffic during March coincided with more people working, studying and staying at home due to restrictions on social gatherings. The closure of bars, clubs, casinos and cinemas, plus the effective suspension of hook-up apps, has reduced opportunities for face-to-face flirtatious interactions that might lead to sexual intimacy. Ultimately, people have sought pleasure via online pornography.

The top 10 categories for each capital city are shown below. 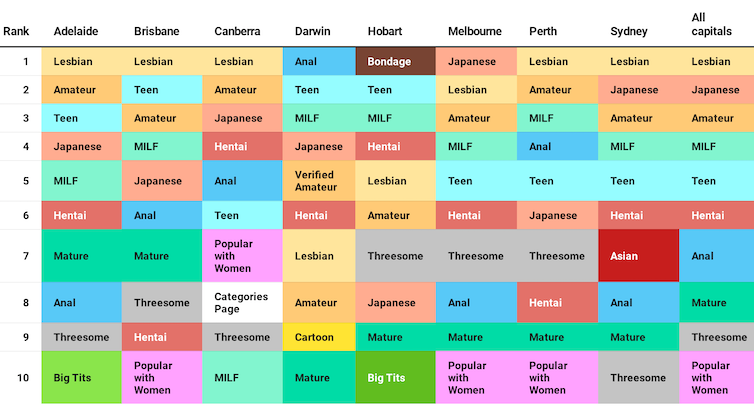 Loneliness was the most widely reported source of personal stress for Australians.

Natural ways to protect yourself from colds and flu this winter

How to (hopefully) navigate the cold and flu season unscathed.

Dame Judi proves the power of the scarf