Since the 2012 hit film Magic Mike explored the hedonistic lifestyle of men who strip for women, popular culture has exploded with images of sexy, muscular, athletic and shirtless (or pantless!) ‘hot’ men.

In our contemporary digital world, pornography and online dating apps offer male bodies to look at in various states of undress.

Some people celebrate the growth of such imagery as an increasing recognition of women’s sexual interests and desires. Others express concern about the potential consequences of objectification for young men, in a similar vein to that of women. 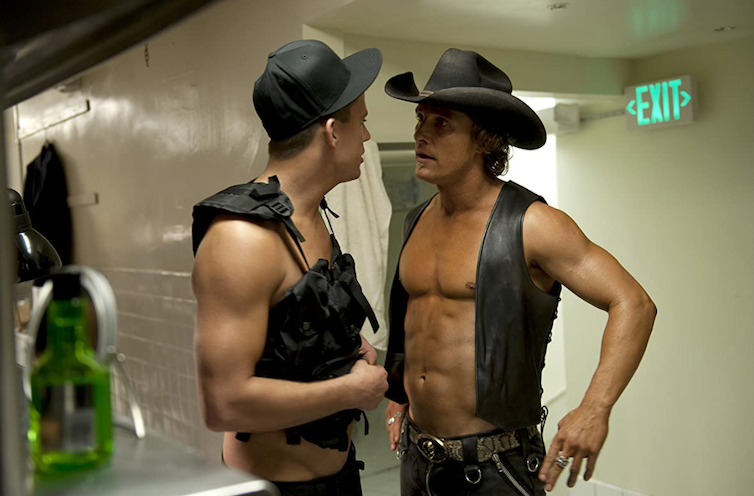 Researchers have argued sexualised images of men do not advance feminist values, as they glorify ‘superficial’ ideals of beauty and youthful, able bodies. Others say this media representation of a muscular male body ideal reinforces “toxic’ aspects of masculinity by emphasising strength and power.

Read more: Why the sexual objectification of men isn’t just a bit of fun

But what do everyday women think?

We conducted focus groups with 24 women living in Melbourne. We wanted to understand how they thought about the increased sexual visibility of men’s bodies — and what this might mean for sexual equality.

Most participants were university educated and familiar with popular feminist ideas about sexual objectification.

We showed them a range of images of men’s sexualised bodies from advertising, films and TV and asked various questions. We also asked whether they felt the phenomenon of men being more interested in their appearance affected their sexual relationships with women. 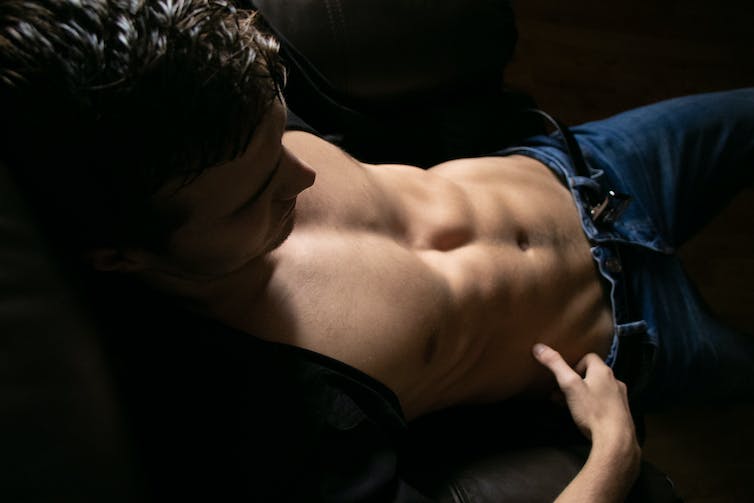 Participants were asked about their responses to men’s sexualised bodies. shutterstock

The women took pleasure in talking about sexualised male bodies. As one participant noted of the star of Magic Mike, “Damn! Channing Tatum can move!”

Yet despite this, participants did not talk about men’s appearance alone. They did not want to be thought shallow, unethical or ‘un-feminist’. Some struggled to ‘objectify’ men at all, and when it came to their preference for a long-term relationship, sexy fantasy figures were out.

Read more: Where are the Willies? The Missing Penis in “Magic Mike”

Interestingly, some women described the attractiveness of men’s bodies according to what men could do, rather than how they looked. They also discussed specific body parts as aspects of the whole person. This was partly about not wanting to be seen as treating a man as just a body part, as women often see men doing to other women.

Some women thought themselves sexually deficient in not being able to objectify men. They thought men who posted sexualised images of their bodies on social media or dating sites might be shallow or superficial. 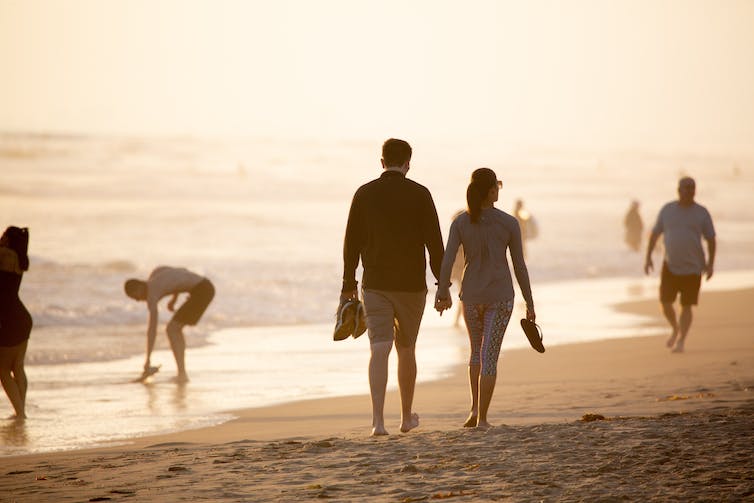 Personality in a partner was seen as more important than body shape. unsplash

Others thought muscular and attractive men represented broader interests in fitness and athletics that might not align with their own values.

… I guess if someone’s like super muscular, I don’t think they’re, like, a douche bro or anything but, like, I guess it gives me the impression that they really value fitness and stuff. So, that’s not really, particularly within my interests.

Women described muscular and athletic men as sexual fantasy figures but discounted them as viable, long-term partners. They thought them too preoccupied with their own attractiveness. Indeed, these men’s work on their muscles intensified some women’s anxieties about their own bodies.

Jane, (34, heterosexual, in a relationship), said

Yeah, I want my superman to be really big […]. But I think if I was married to someone that would feel a bit uncomfortable, like, I wasn’t keeping up my end of the bargain.

Some women also thought that while conventionally attractive men were acceptable for sexual gratification, they were less certain about such men for serious, committed relationships.

I’ve had one boyfriend who was like, massive, perfect … I’d show him off to people … It wasn’t a serious relationship; it was very shallow.

Asked if she had thought about a long-term relationship with this man, she replied, “No, no way, he fulfilled a certain role and, yeah, fun.”

‘A little bit of tummy’

Some participants described their preferences for ‘dad bods’ over muscular physiques, gesturing to other qualities that could define a partner as attractive.

Harriet, (29, pansexual, in a relationship), said:

I really love that dad bods are in … that’s the perfect body, guys who are having fun and a little bit of a tummy. 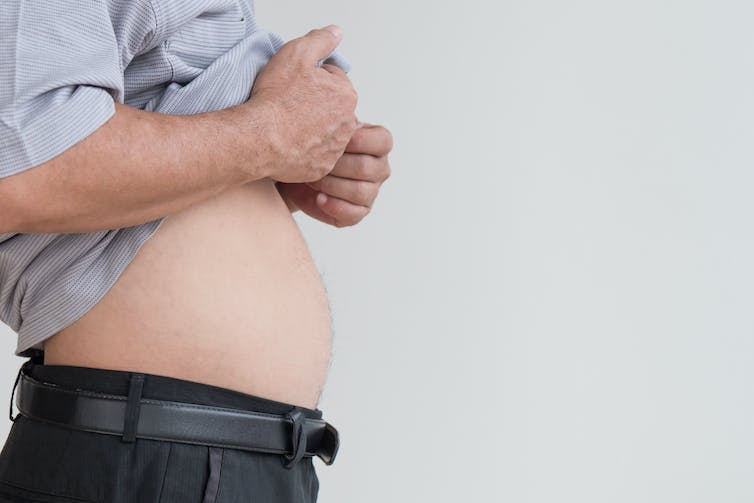 A little bit of tummy was seen as okay. shutterstock

Our research found while women might consider a sexy hunk for a fling, they would not necessarily do so for a long-term relationship. ‘Dad bods’ spoke to what were thought to be more easygoing, equitable and grounded personalities.

Most of my ex-boyfriends have been, I guess – dad bods actually does describe it reasonably well, like, a little bit of weight, not super muscly … And it’s never really worried me as long as … they’ve got nice hands, like, I can look into their eyes and feel a connection. The rest of it isn’t super important.

In seeking to avoid treating men like ‘objects’, these women struggled with familiar ideas linking vanity with femininity, monogamy with ethical sex, and the need to value men according to a wider set of attributes than appearance alone (unless in casual sex).

This suggests that beneath the veneer of sexual empowerment presented by Magic Mike etc., women’s sexual lives are still often shaped by traditional values.

Do or did ‘dad bods’ work for you? Are you surprised to finally read an article about men’s bodies?

How to … sanitise your make-up

The essential skincare step we all overlook.

These car washing mistakes can damage your car's exterior

Buying a car is a major financial investment, no matter which make or model you go for. It's