Never before have the nation’s exercise routines been so visible, with streets, parks and public spaces regularly dotted with walkers, joggers and cyclists huffing and puffing instead of risking the confined spaces of the gym.

But while it’s well established that being physically active is good for physical and mental health, how it affects the immune system has sometimes been the topic of debate. Some studies have suggested immunity is temporarily compromised after strenuous exercise, while other research says exercise is beneficial for immunity – so what does this mean for all those lockdown workouts?

Good news: a new University of Bath review has concluded that regular exercise does help maintain a healthy immune system.

Immunity expert and study co-author Dr James Turner explains: “In the context of coronavirus, the most important consideration is reducing your exposure from other people who may be carrying the virus. But people shouldn’t overlook the importance of staying fit, active and healthy during this period. Provided it’s carried out away from others, then regular, daily exercise will help better maintain the way the immune system works.”

He says regular moderate-intensity aerobic exercise – such as walking, running or cycling – is recommended, with the aim of achieving 150 minutes per week. “Longer, more vigorous exercise wouldn’t be harmful, but if the capacity to exercise is restricted due to a health condition or disability, the message is to move more and that something is better than nothing,” says Dr Turner.

“Given the important role exercise has for reducing the risk of cardiovascular disease, cancer and type 2 diabetes, the findings from our analysis emphasise that people shouldn’t be put off exercise for fear that it will dampen their immune system. Clearly, the benefits of exercise, including endurance sports, outweigh any negative effects which people may perceive.”

Here, Drs Turner and Campbell outline some of the ways exercise is beneficial to the immune system.

1. Vigorous exercise can help improve the immune system rather than suppress it
Research from the 1980s and ’90s led to the ‘open-window’ hypothesis, which suggests the immune system is compromised in the hours after vigorous exercise, leading to an increased risk of infections in subsequent days. Drs Turner and Campbell say that although the behaviour of almost all immune cells is altered during and after exercise, this reflects a temporary redistribution of immune cells to outlying tissues. This, they say, results in increased immune surveillance and immune regulation, rather than immune suppression.

“It’s a misconception to label any form of acute exercise as immunosuppressive, and instead, exercise most likely improves immune competency across the lifespan,” explains Dr Turner. “Exercise alone doesn’t cause immune suppression, rather, in athletes for example, it’s other things that suppress immunity, like inadequate sleep, diet and psychological stress or anxiety.” 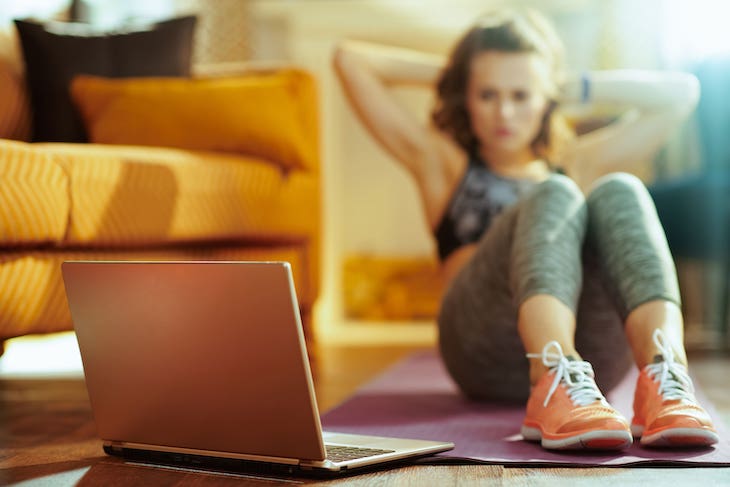 2. Exercise may limit ageing of the immune system
Studies show regular physical activity and frequent exercise might limit or delay ageing of the immune system. Exercise has been shown to be the most successful way to delay the onset of frailty in old age, and varied exercise including resistance, balance, endurance and coordination training is the most effective, according to a 2016 University of Valencia review.

3. Wounds heal faster if you’re fit
The immune system has three main lines of defence and exercise helps maintain the normal function of each of these. The first defence is physical barriers like the skin, which stops germs from entering the body. Studies have shown that skin wound healing is faster in people who are regularly active compared to sedentary people, thus reducing the risk of infections in people who exercise.

US research published in 2005, for example, found that when healthy sedentary people aged between 55–77 took part in a three-month aerobic exercise program, exercising for an hour three days a week, as well as achieving significant improvements in cardiorespiratory fitness, a small wound made on their arms healed at a much faster rate than in a control group that didn’t exercise.

4. Exercise boosts natural ‘killer cells’
The immune system’s second line of defence is ‘innate’ (or natural) immunity, which is mainly made up of cells called neutrophils, and natural killer cells. “Exercise has a profound effect on these cells,” explains Dr Campbell. “For example, during a bout of exercise, natural killer cells move into the bloodstream in vast numbers, and following exercise these cells migrate to sites of inflammation to seek out pathogens, damaged cells (e.g. muscle) and cancerous cells.”

5. Regular exercise helps the immune system identify germs better
The third line of defence is ‘adaptive’ (or memory) immunity, which is made of lymphocytes called T cells and B cells. Exercise also has a profound impact on these cells. “It has been shown that lifelong regular exercise may help maintain healthy numbers of young T cells as we age, which may help the immune system better identify pathogens and cancer as we reach older age,” says Dr Turner. 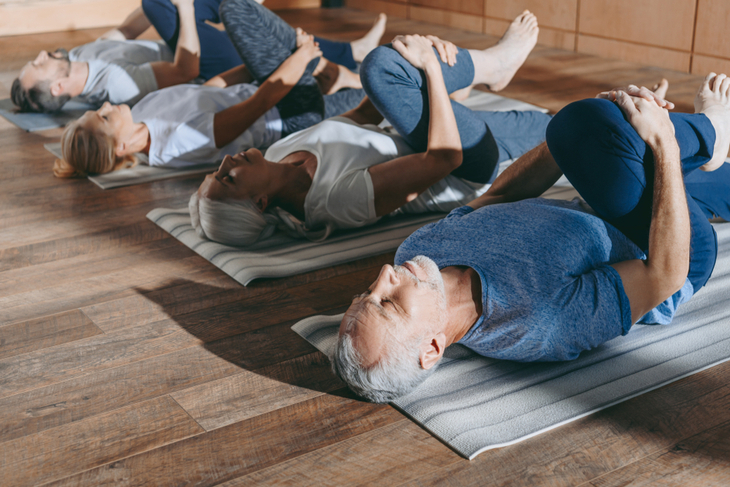 6. Exercise improves vaccination response
Vaccination is one of the best ways to see how the immune system works because it tests the ability of many different immune cells to coordinate and produce antibodies, explains Dr Campbell. Exercise of almost any type has been found to improve the way people respond to vaccines, according to a 2014 University of Sydney review. “There’s even evidence that elite athletes who train regularly have higher antibody responses to vaccination than people who don’t exercise,” he adds.

Remember to stay safe and sensible
“You shouldn’t exercise if you’re experiencing a severe sore throat, body aches, shortness of breath, general fatigue, a chest cough, or fever.” says Dr Turner. “More generally, people can exercise moderately with mild upper respiratory tract symptoms such as those of a common cold, e.g. runny nose, congestion, and a mild sore throat. But given the difficulty of determining whether some of these symptoms could be linked to coronavirus, it would be sensible to exercise at home, away from other people.

Had you heard that high-intensity workouts can compromise the immune system? How do you get your exercise in each week?