Health Check: why do women live longer than men? 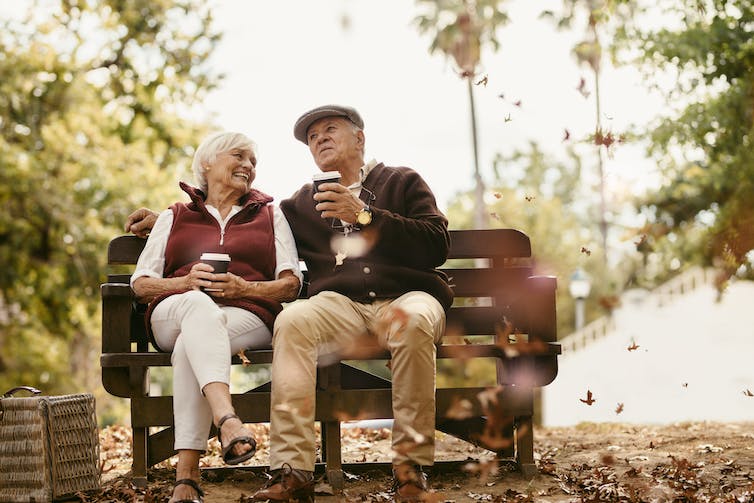 Biology and behaviour can explain why men tend to die younger than women. From shutterstock.com Melinda Martin-Khan, The University of Queensland

As we better understand why people die, we’re learning how biological and behavioural factors may partly explain why women live longer than men.

While women may live longer than men, they report more illnesses, more doctor visits and more hospital stays than men. This is known as the morbidity-mortality paradox (that is, women are sicker but live longer).

One explanation is that women suffer from illnesses less likely to kill them. Examples of chronic non-fatal illnesses more common in women include migraines, arthritis and asthma. These conditions may lead to poorer health, but don’t increase a woman’s risk of premature or early death.

Coronary heart disease, which results from a combination of biological factors and lifestyle habits, is a major reason for the difference in mortality between men and women.

Other biological factors may contribute to men ageing faster than women, but these remain to be fully understood. For example, testosterone in men contributes to their generally larger bodies and deeper voices. In turn, this may accelerate the age-related changes in their bodies compared to women.

On the flip side, women may have a slight advantage from protective factors connected with oestrogen. Coronary heart disease has been observed as three times lower in women than in men before menopause, but not after, indicating that endogenous oestrogens could have a protective effect in women.

Read more: Not just about sex: throughout our bodies, thousands of genes act differently in men and women

Some behaviours that can lead to an earlier death are more common in men. Accidental deaths, including those caused by assault, poisoning, transport accidents, falls and drownings, are particularly high among young males aged 15-24.

Men also have a greater tendency to smoke, eat poorly and avoid exercise. These habits lead to often fatal chronic illnesses, including stroke and type 2 diabetes, and are also risk factors for dementia.

Developments in science and public health

Many scientific discoveries have led to improved clinical practice or changes in government health policies that have benefited the lives of women.

For example, innovations in birth control have enabled greater choice and control over family size and timing. This has resulted in fewer pregnancies that may have led to dangerous births, and improved general physical and mental health for women. Improved clinical care has resulted in fewer women dying during childbirth. 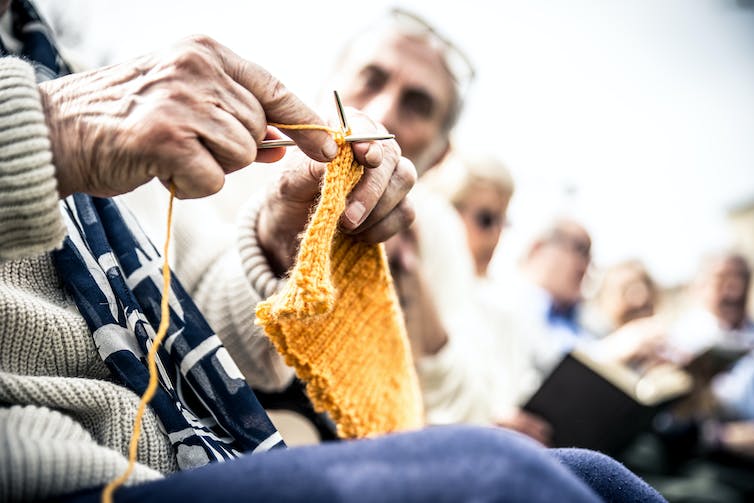 As people reach an older age, the gap in life expectancy narrows. From shutterstock.com

Public health programs such as screening for breast cancer have had impacts on life expectancy over time. Similarly, vaccines to prevent cervical cancer have now been distributed in 130 countries.

Of course, there have been similar public health policies and clinical innovations that have benefited men too, like screening for bowel caner.

So although we may have some insights, we can’t conclusively answer why women continue to live longer than men.

This suggests men who live to an older age have been able to avoid certain health risks, giving them a greater prospect of a longer life.

Read more: Indigenous health leaders helped give us a plan to close the gap, and we must back it

Ultimately, none of us have control of when or how we’re going to die. But paying attention to factors that we can change (such as maintaining a healthy diet, doing exercise and avoiding smoking) can reduce the risk of dying earlier from a preventable chronic disease.

While women may always live longer than men, by a year or two, men can try to make some lifestyle changes to reduce this gap. That being said, women should work towards these goals for a long and healthy life, too.

Treatment for diabetes and depression just got cheaper.

The do’s and don’ts of sinusitis

Sinusitis is a painful condition when the sinuses become inflamed or infected.

How to be a good carer

There are nearly 2.7 million carers in Australia, approximately 12 per cent of the population.