Wholesale electricity prices have surged by up to 285 per cent. There’s concern that Australians could face the brunt of it in the coming months. Households in most states in Australia will need to hold on tight as energy bills are predicted to spike in the next few months.

Read: Tough choices for many as energy costs set to increase

The sudden increase has prompted many people to look at ways they can reduce their gas and electricity use, and while things such as air conditioning and hot water are often top of the hit list, one area that’s sometimes neglected is the kitchen.

From cups of tea to three-course meals, food and drink prep requires lots of different appliances – and by optimising the way you use them, you can cut down on the amount of energy expended.

Here are 11 energy-saving kitchen tricks that could help you reduce your fuel bills.

1. Only boil as much water as you need
Whether it’s in the kettle for a cuppa or on the stove, only boil the amount of water you actually need, otherwise it will take longer and use more power.

2. Use the right ring
When cooking on the hob, try to make sure the pan completely covers the gas or electric ring you’re using, to prevent heat escaping, and turn the power down once it’s reached the right temperature.

3. Put a lid on pans
It sounds obvious, but it’s easy to whack a pan full of water on the hob and forget to pop the lid on, meaning heat will escape and it will take longer to boil.

4. Batch cook
Instead of cooking from scratch every night, by batch-cooking things such as curry, soup, roasted vegetables and grains ahead of time, you only need to quickly heat up your dishes before serving.

5. Use the microwave more
Because it’s smaller and faster, the microwave is generally the most energy efficient way to cook and reheat food.

6. Don’t preheat the oven for too long
Try to pre-heat your oven for just a few minutes, and switch it off five minutes before your food is done as it’ll stay hot for a short while.

7. Cook several things at once in the oven
Loading up the oven with, say, a chicken, roast potatoes, and pudding, won’t affect the cooking process, and you’ll save energy compared to cooking them all separately. Just be sure not to leave the oven door open for too long when transferring dishes, to prevent heat loss.

8. Use the fan setting
Ever wondered which uses more energy, the fan or conventional setting on the oven? Well, circulated air transfers heat faster than air that’s not moving, which means fan ovens are more energy efficient.

9. Keep the cooker clean
Any food that’s stuck to hob rings will make them less efficient, while keeping the oven door clean means you won’t lose heat when you have to open it to check on your food.

Read: How to clean an oven using pantry staples

10. Use your freezer efficiently
“Cool your batch-cooked meals thoroughly before freezing,” says David Palmer, senior home appliances product specialist at LG. “Putting hot food into a freezer will cause a temperature increase, resulting in other foods defrosting and higher energy costs. And do not set the temperature of the fridge appliance lower than needed.”

11. Switch to LED lighting
While there will be an initial cost, switching to LED lightbulbs in the kitchen could save you money in the long run. Halogens and conventional lighting are extremely inefficient in their use of electricity. LED bulbs last much longer and generate less heat than incandescent or CFL light bulbs, thus using up to 90 per cent less energy compared to a traditional bulb. 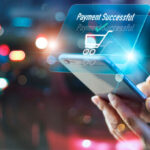