Watching TV is a fun, entertaining activity that children surely enjoy. But it also gives kids the opportunity to learn important lessons from their favourite characters and programs. It even helps them decide how much importance should be placed on certain values such as fame, self-acceptance, benevolence, and more.

A new report by UCLA’s Center for Scholars and Storytellers has categorised the values present in popular tween TV shows over each decade from 1967 to 2017. Sixteen core values were chosen and charted to identify which waxed and waned in importance during that 50-year span.

Read: How TV shows can be powerful tools for public health

Achievement – being very successful – was ranked first in 2017, with self-acceptance, image, popularity and being part of a community rounding out the top five.

Messages received from TV by tween children between the ages of eight and 12 play a significant role in their development, influencing attitudes and behaviours as they grow into their teenage years, UCLA psychologists say.

The report, The Rise and Fall of Fame: Tracking the Landscape of Values Portrayed on Television from 1967 to 2017, evaluated two programs per decade (and four in 2017), from The Andy Griffith Show in 1967 and Happy Days in 1977 to American Idol and Hannah Montana in 2007 and America’s Got Talent and Girl Meets World in 2017.

Even before the pandemic, tweens were consuming more TV than any other media; with children from lower-income households spending two extra hours in front of a screen than those from a higher-income household.

Read: How much TV is too much TV?

The tween years are critical because this is when children begin forming their own belief systems based on messages they receive from many sources such as parents, schools and media.

The 16 values studied were:

Like fame, community-oriented values such as community feeling and tradition have seen dramatic peaks and troughs throughout the study timeline. The researchers found the value rankings typically echoed changes in the larger culture.

“I believe that television reflects the culture, and this half-century of data shows that American culture has changed drastically,” said report author Yalda Uhls, founder and executive director of the Center for Scholars and Storytellers and an adjunct assistant professor of psychology. “Media plays an important role as young people are developing a concept of the social world outside of their immediate environment.”

In the most popular scripted shows in 2017, the top values conveyed were self-acceptance, benevolence and being part of a community. Reality TV such as America’s Got Talent and American Ninja Warrior represented self-oriented values such as fame, image and self-centredness.

Reality shows, created for a broad audience and watched frequently by tweens, often highlight competition and the importance of winning and sometimes include bullying, cheating and a winning-at-all-costs value system, the authors note.

“If tweens watch, admire and identify with people who mostly care about fame and winning, these values may become even more important in our culture,” said the report’s lead author, Agnes Varghese, a fellow of the centre and a UC Riverside graduate student. “Reality television shows continued to reflect the same trend we saw in 2007, with self-focused values such as fame ranking highest.”

Read: Does TV rot your brain?

Research finds that adolescents who regularly view reality television see it as true to real life, deem treating people poorly and gossiping as acceptable, and put more focus on physical self-image than those who do not watch regularly.

The authors recommend that parents help children understand that reality shows do not depict the experience of the average person and that fictional shows do not adequately depict the hard work and struggles associated with achieving fame.

Because children, particularly in their tween years, are forming a belief system that integrates the many messages about desirable future aspirations, it is crucial to understand the role television plays in promoting values – both positive and negative, the researchers say.

Have you noticed that values depicted in TV shows have changed over the years? Do you think it’s something we should be worrying about? Why not share your thoughts in the comments section below? 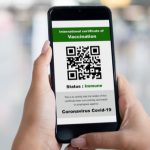