It’s Boxing Day, Christmas is finally over and the year is almost done. 2021 certainly had its ups and downs, but how much can you remember about 2021 in Australia?

For many, this year was a long one. The pandemic still loomed large and much of the population again faced extended periods of lockdown.

But plenty of other things happened as well. We said goodbye to some much-loved Australians, alongside political scandals, sporting triumphs and natural disasters.

How much can you remember about the events of the year? See how many answers you can get right.

1. The lyrics to the national anthem, Advance Australia Fair, were altered this year. The line ‘For we are young and free‘ was changed to ‘For we are _ and free?‘

2. In February, a 7.7 magnitude earthquake caused fears of a tsunami on which Australian territory?

3. Western Australia went to the polls in March, re-electing Labor’s Mark McGowan as premier in a landslide. Out of the 59 seats in WA’s lower house, how many did Labor win?

Read: Quiz: Can you match the celebrities with their famous dads?

4. Which icon of the Australian music industry died in March?

5. In May, it was Tasmania’s turn to vote. The Liberal party’s Peter Gutwein was returned as premier. This will be Liberal’s _ consecutive term in power?

6. In June the winner of the 2021 Archibald Prize for portrait painting was won by artist Peter Wegner for his portrait of which Australian artist?

8. Game one of rugby league’s 2021 State of Origin series featured the first match ever played outside a state capital. Where was the game played?

Read: Quiz: How many of these list-topping countries can you name?

9. Who were the eventual winners of the 2021 State of Origin series?

10. Unfortunately, we couldn’t escape the COVID-19 pandemic in 2021. Late in June, NSW premier Gladys Berejiklian announced the government areas of Greater Sydney, the Blue Mountains, Central Coast and which other region would enter lockdown?

11. In September, the Australian government cancelled a high-profile contract to build a fleet of submarines with which European nation?

12. A 5.9-magnitude earthquake was widely felt across Victoria and southern NSW on 22 September, shaking buildings and causing minor damage. The quake’s epicentre was located close to which Victorian town?

Read: Are you ready to retire quiz?

14. Which team won the 2021 NRL Premiership, just the third in the club’s history?

15. After the public was barred from attending in 2020, how many spectators were allowed in to witness the 2021 Melbourne Cup?

17. In October, NSW premier Gladys Berejiklian resigned from office. Who replaced her as premier?

18. Which icon of Australian television died in Melbourne in October?

20. Tim Paine controversially stepped down as captain of the Australian men’s cricket team in November. Who is his replacement?

How many did you get? Did you beat the others in your house? Let us know in the comments section below. 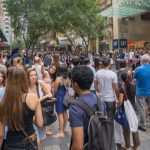 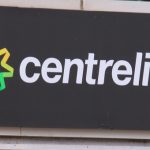