People can get a bit lovestruck when it comes to talking about their own dogs. If you’re a dog owner, it’s likely that you think your beautiful beagle is much smarter than the yappy chihuahua next door.

Dog intelligence, just like human intelligence, comes in many forms. And although good owners willing to put in the time and effort can bring out the best in any dog, there are fixed realities when it comes to certain breed’s inherent qualities.

If you have a breed that’s been chosen to hunt, herd or retrieve, it’s more likely to be quick on its feet, eager to work and learn, and keen to please you.

A dog bred to be a livestock guard dog, or a scent hound may seem distracted or a bit dense. However, trainers say any dog can learn basic commands such as sitting and staying. It just might take them longer to catch on. The key is knowing what your pooch is built for and how to motivate them.

Read: Is DNA testing of dogs taking the love affair too far?

Often, the smartest dogs actually don’t make the best pets as they need constant mental stimulation and usually a lot of walks. When choosing a dog to join your family, it’s best to find a breed that will suit your lifestyle and the time you’re able to commit to it.

In his bestselling book, The Intelligence of Dogs, neuropsychologist Dr Stanley Coren focuses on trainability as a marker of intelligence.

The University of British Columbia psychology professor relied on the assessments of 110 breeds by more than 200 professional dog obedience judges who scored breeds based on working/obedience tests.

The dogs who learnt commands in less than five repetitions and obeyed them 95 per cent of the time got put into the ‘top dog’ category.

Here’s the list of the top 10, along with a breed description.

1. Border collie. The border collie is widely considered to be one of the smartest dog breeds. They are known for their incredible herding ability, and they’ve even been known to outsmart their human owners on occasion.

This breed is a workaholic and is prized for its intelligence, extraordinary instinct, and working ability.

2. Poodle. This is another breed that is commonly considered to be one of the smartest. They are highly trainable and are often used in circus acts and other performances. They are exceptionally smart and active, and were actually bred to retrieve things from water.

3. German shepherd. This breed is often used as a working dog in a variety of fields, such as law enforcement and the military. They are known for their intelligence and trainability, and also tend to be a loving family companion.

4. Golden retriever. They may look a little dopey but golden retrievers are known for their loyalty, obedience, and intelligence. They are one of the most popular dog breeds, and also one of the smartest. They were originally bred to be a hunting companion as they are very smart and eager to please.

6. Shetland sheepdog. These dogs are also known as a ‘Sheltie’ and are a type of herding dog that originally comes from the Shetland Islands off the coast of Scotland. They are small to medium-sized dogs that are often thought of as miniature working collies. A rough-coated, longhaired working breed that is keenly intelligent and excels in herding. Along with their intelligence, loyalty and obedience, they are also typically known for being very vocal, which can be a good or bad trait depending on where your closest neighbours are.

8. Papillon. A happy, alert breed that isn’t shy or aggressive. Papillons are small, friendly dogs that make great companion animals. They are intelligent and easy to train. Papillons are active and playful, and love to be around people. They are good with other dogs and children and make great family pets.

9. Rottweiler. Rottweilers are large, powerful dogs that were originally bred in Germany to be working dogs. They are loyal, protective, obedient and happiest when they have a job to do. They can make great family pets if walked and stimulated a lot, but they can be aggressive if not trained or socialised well.

10. Australian cattle dog. This breed is known for their herding ability and are often used on farms and ranches. They are active, playful, and happiest when doing a job such as herding, obedience, or agility. They are very intelligent but are also known for being headstrong and independent so can be difficult to train.

Do smart dogs make better pets?
“Smart doesn’t mean easy,” Dr Coren says. “A Doberman is going to get bored and destroy your sofa and vase collection if you’re out of the house for eight to 10 hours a day, while an English bulldog may take eight hours to figure out you’re gone. You’ll come home and he’ll greet you and your pottery is still on the shelf.”

Read: How much do dogs really feel?

You might think a smart dog will do what you want it to do. But that’s not necessarily true. If you have a border collie that is bred to work all day but you keep it inside for 12 hours at a time, it will be miserable. And that misery can come out in ways such as being destructive, running away or nipping at people.

Having a smart dog is like having a very smart kid. They’re always into something and will get into trouble if they’re bored.

The beagle and bulldog are among the dog breeds on the bottom of Dr Coren’s list. These dogs had to hear commands 80 to 100 times or more before they obeyed them 25 per cent or less of the time. They include:

If your dog seems dumb, it may be that it has been bred to be more independent or not so eager to please its owner. Or you may not have found the right training method yet. Training often requires a lot of patience and the right kind of motivation, whether it’s praise, petting or treats. 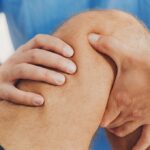 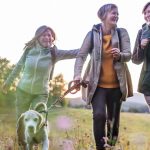