Almost three years on from same-sex marriage becoming legal in Australia, the issue is threatening to break up the Anglican Church in this country.

This is the gravest threat to the church’s unity in its more than 200-year history. For the three million-plus Australians who identify as Anglican, it could mean at the least sharp disagreement and at worst, damaging disunity.

Same-sex blessings approved
Long-simmering tensions within the church have come to a head with a recent judgement that supports the right of clergy to bless civil marriages, regardless of sexual orientation.

Last year, the dioceses of Wangaratta and Newcastle approved services for marriage blessings. Wangaratta diocese, once conservative, has become more progressive, while Newcastle has long had progressive stance.

Their new services are just for blessings of couples married in civil ceremonies, not actual church marriages.

Nevertheless, the services sparked fierce opposition from the fundamentalist Diocese of Sydney. During the same-sex marriage debate in 2017, Sydney Diocese gave $1 million to the ‘No’ campaign, because Sydney and its conservative allies condemn same-sex relationships as sinful and bound for hellfire.

Church’s court weighs in
Given the disagreement, the blessing services were immediately referred to the church’s highest court, the Appellate Tribunal, to see if they conformed to the basic principles of the national church’s constitution.

On 11 November, the court ruled by a majority of five to one in favour of same-sex blessings. The one person who opposed the majority view was a lawyer from the Sydney Diocese, and whose minority view is included in the tribunal’s report.

The bishops of all the Australian dioceses then held rapid virtual meetings to review the tribunal decision, and it was expected they would decree no blessings should go ahead in the interests of church unity.

At this point, those in favour of the blessings, including Equal Voices Anglican, feared progressive bishops would give in to a conservative push to do nothing until the next meeting of the General Synod. The synod, the church’s national ‘parliament’, is not scheduled to meet until mid next year. But given the pandemic, even that timing is uncertain. 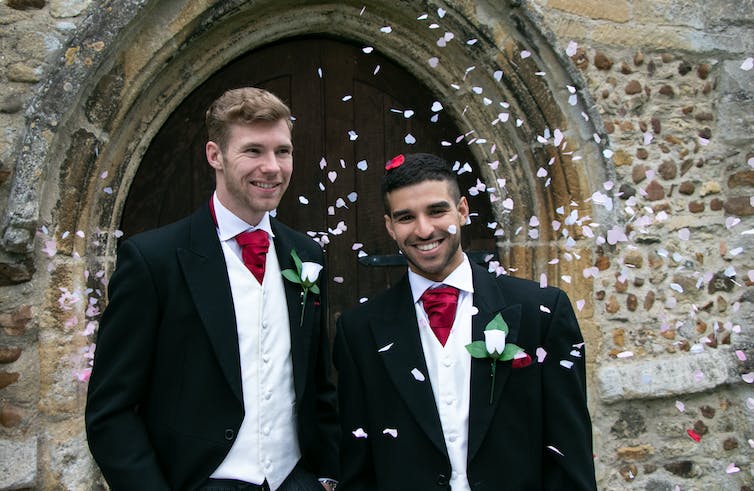 Some Anglicans want to see same-sex marriages ‘blessed’ by the church. www.shutterstock.com

A statement issued by the bishops on 20 November acknowledges “there is not a common mind” on same-sex issues among them. This is a significant comment, as this group has traditionally agreed in formal statements — however artificial — in the interests of church unity.

While the bishops say the General Synod will be able to address the issues, they have nevertheless urged clergy to consider carefully “whether or how to bless those married according to the Marriage Act” (which allows for same-sex marriage). In other words, the Australian bishops have officially recognised these blessings can now go ahead.

But disagreement continues
This will not be the end of heated disagreement. The Sydney Diocese will not easily give in on this issue. On same-sex relationships, they base their stance on a few contested Bible texts.

Most biblical scholars, however, see those texts as referring to predatory forms of sexual behaviour rather than loving monogamous relationships. They claim there is nothing in the Christian scriptures condemning same-sex marriage.

Other Anglican churches have split
The dispute is very real. There have already been splits in Anglican churches around the world over this issue. Whole dioceses and individual parishes have broken away from national churches to form conservative enclaves in the United States, Canada, and New Zealand.

Last year, Archbishop of Sydney Glenn Davies told Anglican supporters of same-sex marriage they should leave the church. Other Anglicans accused him of trying to force a split. 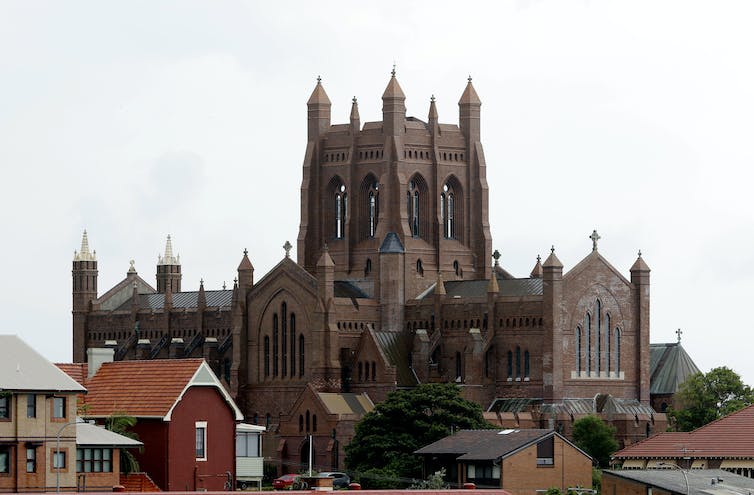 An amicable agreement might yet be possible across the Australian church, because there is already considerable diversity among the dioceses on numerous issues, such as women as priests and bishops, the submission of wives to husbands, and the remarriage of divorced persons.

But same-sex issues might well prove to be the Rubicon, because they have become an international Anglican issue in the era of the internet. This can be seen from the ‘Jerusalem Declaration’ from the first meeting of the influential Global Anglican Future Conference in 2008.

We acknowledge […] the unchangeable standard of Christian marriage between one man and one woman as the proper place for sexual intimacy and the basis of the family.

Once some clergy go ahead and bless some same-sex marriages, the Sydney Diocese might push for some form of division in the Anglican Church in the coming months. The crucial issue will be what form it would take.

Would progressives have to abandon the church?
The Sydney Diocese is by far the largest diocese in Australia, and would not countenance being part of an offshoot church. It would want to establish itself as the ‘true’ Anglican Church in this country, laying claim to the name and status. It would draw other conservative dioceses into its boundaries, and possibly even parishes and individuals from within progressive dioceses.

Progressive dioceses might be forced to abandon the national church structure, and be left impoverished. The battle over this issue, and who owns the name and church property, could well tie up lawyers and civil courts for years to come.

Such a split would also further diminish Anglicanism as a voice for justice and equality in Australian society.

However, such a split is not inevitable. Church leaders across the board will have to work hard in the coming months to find a way to prevent it, while allowing conservative and progressive forms of Anglicanism to flourish side by side, with mutual respect.

The decisions the leaders make in 2021 will be the most critical they have ever faced.

Can your marriage save you from dementia?

Lifelong singles and widowers seem to be at heightened risk of dementia.

The Vatican has stated that homosexuals should be accepted in the Christian community.