Intelligence is often thought of as a fixed trait – you either have it or you don’t. However, research suggests that intelligence is more malleable than we think, and that there are certain habits and behaviours that can make us smarter. The key is to practise lifestyle habits that support and protect your brain.

It doesn’t matter when or where you were born, how long you stayed in school or at what age you began reading, intelligent people come from all walks of life. But studies have shown that intelligent people do share certain characteristics.

So, if you’ve always suspected you’re smarter than average, read on for some unusual and surprising signs of intelligence to which you might relate.

Do you stay up all night or get to bed early so you can rise and shine with the sun?

Some studies have found that more intelligent children grow up to be nocturnal as adults. And there’s a fascinating theory behind this.

Almost every living organism is governed by a circadian rhythm, the internal clock that sets our sleep/wake cycles. However, humans have the ability to alter their individual clock, which is why some people stay up late and others rise early.

Until fairly recently, humans tended to sleep as soon as the sun set and rise again with the light. It’s believed that more intelligent individuals evolved to manipulate their sleep cycles, to adapt more successfully to modern life.

According to a study published in the Journal of Human Resources, firstborn children may have better thinking skills than their siblings because they received more mental stimulation during their early stages of development.

However, if you’re the youngest child, research shows you’re more likely to be successful in life. Intelligence, after all, does not lead to success. The jury is still out on what it means for middle children though.

Read: How your birth order affects you

Dogs may be man’s most loyal companions, but cat lovers may be more intelligent according to a study carried out by Carroll University in Wisconsin.

The study looked for personality traits in 600 college students that coincided with choices in pet ownership. Dog lovers tended to be livelier, but cat lovers scored higher on intelligence markers.

You often chat to yourself throughout the day

According to scientists at Bangor University, speaking out loud to yourself was “found to be a trait of higher cognitive function”.

Psychologist and co-author of the study, Dr Paloma Mari-Beffa, concluded that “the benefits of talking to yourself may come from simply hearing oneself, as auditory commands seem to be better controllers of behaviour than written ones”.

In addition, it’s been found that talking to yourself can help you focus and complete specific tasks faster.

Read: The makings of a successful life

You can play an instrument

There’s little doubt that learning to play a musical instrument is great for developing brains.

Science has shown that when children learn to play music, their brains begin to hear and process sounds that they couldn’t otherwise hear. This helps them develop ‘neurophysiological distinction’ between certain sounds that can aid in literacy, which can translate into improved academic results for kids.

You have a good sense of humour

Comedians, and funny people in general, are often doing a lot of quick mental calculations before cracking jokes. They often have very good observation skills, can detect nuance easily and understand a lot about the people and the world around them. So, the theory that a sense of humour indicates above-average intelligence makes sense.

According to a study published in the journal Cognitive Processing, your reaction to darker jokes could indicate your intelligence. In the paper, a team of psychologists concludes that people who appreciate dark humour – defined as “humour that treats sinister subjects such as death, disease, deformity, handicap or warfare with bitter amusement and presents such tragic, distressing or morbid topics in humorous terms” – may have higher IQs, show lower aggression, and resist negative feelings more effectively than people who turn up their noses at it.

Read: How gender affects how smart we think we are

Working at a clean and prim desk may promote healthy eating, generosity, and conventionality, according to new research. But research also shows that a messy desk may confer its own benefits, promoting creative thinking and stimulating new ideas.

According to a study from the University of Minnesota, a messy space spurs creative thought. In the study, participants who were placed in a tidy space made traditionally ‘good’ choices, such as choosing an apple over chocolate. But when asked to come up with new uses for ping pong balls, the messy-room participants overwhelmingly came up with more creative and novel ideas.

The study suggests that tidy people make safer choices, but notoriously messy people (such as Albert Einstein, for instance) tend to have creative thoughts that lead to innovation. 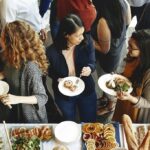 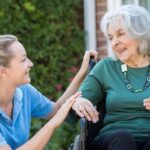