Countless articles have been written about the Uvalde shooting tragedy in the US. As Australians we are stunned by the lack of ability of the American people to implement changes that most of us would see as sensible, lifesaving and, frankly, self-evident. Restrict the sale of guns to exclude young people who are not legally even allowed to drink, ban the sale of semi-automatic weapons designed to kill the enemy in a war situation and change the culture of fear that seems to dominate their society.

But is it as simple as that? Obviously, the situation is complex on one level and simple on another. The founding fathers and America’s history of a nation borne out of conflict and the right to bear arms are part of their mythology and DNA.

Their Second Amendment, so often quoted as the basis for their attitudes, was put forward as the solution for a civilian force to counteract a tyrannical federal government. Fair enough in some ways with the lawlessness of past times and philosophically most people would not argue against the need to fight tyranny. But it was hardly meant to apply to a modern-day scenario where children are put at risk and taught in class how to evade crazed shooters. More people are killed by guns every year in America than were ever killed by terrorist attacks, foreign or home grown.

Read: Another shameful bloody day in the US

What these ideas and comments do indicate is that it is incredibly hard to change a nation’s culture. And as we sit back with at times a smug attitude to our own gun laws, it dawned on me that we, too, have our own blind spots. This came to my attention listening to Tim Costello the other day. He put forward the idea that we too have ingrained attitudes and behaviours that are hard to change. He put forward the view that our attitudes to gambling and the gambling industry are our Achilles heel, our version of the US’s gun myopia.

Do all countries have blind spots as far as their culture is concerned?

We have a reputation as a nation of people who will bet on anything. Two-up was the national pastime for eons and off-course betting the norm before some smart cookie in government saw a way to legalise betting and give the nation TAB shops to rake in the ill-gotten gains of the gambling world.

Read: How pandemics make us consider our mortality

We enshrine gambling into our national holidays – a day off for Victorians for the Melbourne Cup, for goodness’ sake! We allow gambling advertising at the footy, the grand prix and on the television. Every second pub seems to have a pokies room and food at reduced prices to lure punters.

Innocent fun, you say? But Australia is now the number one gambling nation in the world. We have more gambling losses per adult than any other country, with Singapore coming in a close second. Casinos are now seen as perfect places for laundering money from other criminal activities. Just look at the recent royal commission. Gambling can destroy livelihoods and lives, adding to social decay.

I don’t mean to diminish the scale and tragedy of America’s shootings. They baffle us, horrify us and make us weep. Innocent children should never have their lives cut short by the behaviour of a few who have access to extreme weapons.

But, perhaps many countries have historically based behaviours that they find hard to address and change. Constant vigilance and reassessment is needed by all societies to protect their citizens. 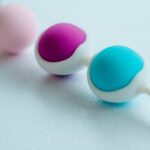 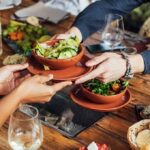