With three Golden Globes, two Oscars and a BAFTA under his belt, George Clooney is one of the most successful men in Hollywood, having gone from TV actor to big screen producer, director and screenwriter.

The multi-talented star, who recently turned 61, is also an outspoken activist and philanthropist, campaigning for a variety of different causes alongside wife Amal, a human rights lawyer.

As if that wasn’t enough, the dad of two (Amal gave birth to twins Alexander and Ella in 2017) has been a permanent fixture on the best-dressed celebrity lists for more than two decades. Is there anything this man can’t do?

After winning so many awards (and being nominated for countless others), Clooney is a red carpet veteran and always dresses to impress.

Whether it’s a classic black tie tuxedo at the Oscars, a midnight blue designer suit for a premiere, or laidback look for a Cannes photo call, the actor never puts a fashionable foot wrong.

From suave bank robber Jack Foley in Out Of Sight (1998) to dapper Danny Ocean in the Ocean’s Eleven franchise, Clooney has played some very stylish movie characters.

Beyond the silver screen, he even manages to look cool when he’s advertising coffee or his tequila brand Casamigos.

One half of the ultimate power couple

It’s not as if Clooney needed any assistance in the fashion department, but when he married British-Lebanese human rights lawyer Amal Alamuddin in 2014, the pair became one of Hollywood’s most stylish couples.

Sending the paparazzi wild whenever they appear on the red carpet together, always decked out in their designer finest, the Clooneys are the definition of couple goals.

Read: Celebrity marriages that have stood the test of time

Did you know Clooney used to have a mullet? And that he’s sported some rather questionable goatees through the years? Nowadays he keeps it classic with his hair and beard choices, but the fact he’s survived these dodgy looks only makes us love him more.

Gets better with age

Read: Men’s guide to looking great in your 50s and beyond

As he heads into his 60s, rather than attempting to turn back the clock, Clooney is embracing his grey hair and has grown a beard to match. 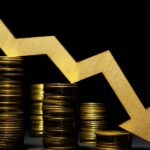 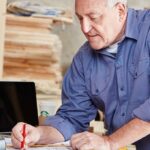