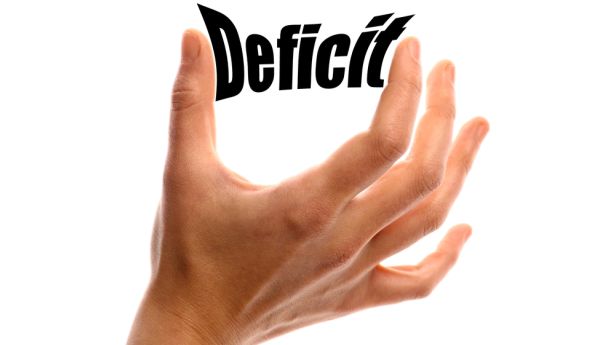 Independent analysis by Deloitte Access Economics has predicted that the Federal Budget will sink a further $14 billion into deficit in the next financial year.

The Chinese commodity retreat was the most significant cause of the predicted deficit, but the report also made mention of the domestic political landscape making it difficult for any cost saving legislation to pass the Senate. Nor does that the Coalition has locked in several high cost spending initiatives, from when the Budget looked healthier.

The news doesn’t get any better, with Deloitte predicting that despite the Coalition Government stating in the Mid Year Economic and Fiscal Outlook (MYEFO) that the deficit would be $31 billion in 2015/16, it looks to be facing a $14.1 billion blowout.

“2015-16 looks like it has been written by Stephen King and painted by Edvard Munch,” the report said.

It also added that wage growth is “limping” and that this would “tear a hole in the Budget”.

However, despite a predicted growing deficit, ex-Treasury Secretary Martin Parkinson declares there is no budget crisis. In his first interview since leaving the Treasury in December 2014, Mr Parkinson, told the Australian Financial Review that the last thing the Federal Government should try and do is “race back to surplus”.

Mr Parkinson also states that there isn’t, and never was, a fiscal crisis and that while the government does face a decade of deficits, it’s dangerous to simply focus on surpluses and deficits, as this only serves to distort the political debate.

“What we really need, and the thing that has stood us in good stead, is we’ve taken a medium-term approach to fiscal policy. The ability to lay out a credible, medium-term pathway back to surplus is absolutely central. Once you can do that, you can have the sorts of discussions about how we actually achieve that, what are the right things for us to do.

“It’s not a crisis, it’s never been a crisis. The last thing you’d want to do is start racing back to surplus in the next couple of years: the economy is growing below trend and will continue to do so,” he said.

“The important thing is having a credible pathway that gets you back to surplus, not off in the never-never: strategy that says we are going to do this each year over a period of time and where the markets can see it’s credible, then they will give us more scope,” he added.

Read more about the Deloitte Access Economics report, at ABC.net.au

Opinion: Should we be scared of a deficit?

In just over one week Treasurer Joe Hockey will deliver his second Federal Budget and in the words of Mr Abbott, it will be “measured, responsible and fair”.

Having already ruled out changes to superannuation and tax, the options for a budget that will address the growing deficit seem limited. While Mr Abbott and Finance Minister Mathias Cormann have both refused to confirm whether next Tuesday’s budget will be used to scrap the proposed changes to pension indexation announced in the 2014/15 Budget, it does indeed look as though this will be the case. In order to address the associated loss of savings, it looks likely that an announcement to double the taper rate for part Age Pensions could be on the cards. But such a measure will do little to address the growing Budget deficit and will not be popular with those affected by the change.

Speaking to reporters in Sydney on Saturday, Mr Abbott seemed to predict a much more positive budget than last year, stating, “It’s a budget that will be good for jobs, growth and opportunity.” He also took the opportunity to quash rumours of a possible early double dissolution election, “I should say it is my firm intention to deliver on the mandate that the public gave us and when the public elected us, they expected us to govern for three years and that is absolutely what we intend to do,” he said.

Over the next week there will be many rumours of what will be included in the 2015/16 Federal Budget, but it’s clear that the government is keeping close to its chest what will be announced. And perhaps we all need to take a deep breath and consider whether a budget in deficit is such a terrible thing. Or is it more important to ensure that those living on an Age Pension don’t have their already inadequate income further reduced?

What do you expect from next week’s budget? Is returning to surplus as soon as possible the most important factor? And if so, which taxes should be raised and which benefits reduced? Or should we accept that it may be necessary and even advisable to run a deficit as the economy slows?