The consumer watchdog has sobering news for anyone thinking about buying a caravan: 80 per cent of owners surveyed said they had experienced problems with their new van.

As a result, the Australian Competition and Consumer Commission (ACCC) has put the industry on notice.

In a report released this month the ACCC detailed widespread consumer guarantee failures, misrepresentations by suppliers and delays in deliveries of caravans and repairs.

It reported that in a survey of 2270 caravan owners, 80 per cent had experienced problems with their new van.

Read: How does Centrelink assess caravans

“Some people save for years in anticipation of purchasing and travelling in a caravan. If something goes wrong, the harm can be significant.”

And Aussies love their caravans. As of January 2021, there were almost 700,000 caravans registered in Australia and about 25,000 were being built in Australia each year. Registrations has increased by 25 per cent over the past five years.

It’s also one of the few large ‘vehicle’ manufacturing industries left in Australia, with an estimated 90 per cent of caravans built in Australia.

According to the ACCC, if you buy a caravan and it fails to meet one or more consumer guarantees, such as it doesn’t match the description made by a supplier, then you are entitled to a remedy from the supplier.

Read: The must-have items for your next caravan trip

A ‘remedy’ can be a repair, replacement or refund. If the consumer guarantee is minor, the supplier can choose to offer a repair, however if they refuse a repair then buyers are entitled to a refund or replacement.

For a major consumer guarantee failure, you are entitled to a choice of replacement or refund. Multiple minor failures can be considered a major failure.

Consumer guarantees apply regardless of any warranty offered.

In fact, warranties were a worrying concern for new buyers and topped the list of alleged misrepresentations at 47 per cent. The next closest – the ‘acceptable quality’ of the caravan – wasn’t even close at 16 per cent.

The ACCC report said consumers found the warranties confusing and did not cover a reasonable length of time.

“Some manufacturers’ warranties may be limited to one to two years. However, in the ACCC’s view, it is reasonable to expect that a caravan that was of acceptable quality would not exhibit a major defect for several years of use,” the report stated.

“The ACCC considers that if a major defect arose during this period, the consumer is entitled to have the vehicle refunded or replaced even if the period was outside the warranty period.”

The ACCC also found that when buyers approached the retailer about items covered under the warranty, they were often told to contact the manufacturer.

“Under Australian Consumer Law, the supplier is responsible for providing these remedies to the consumer. Stating otherwise could be considered misleading,” the report said.

Consumers also reported they believed suppliers made misrepresentations about the caravan’s performance capabilities and tow weight.

“Reports of misleading representations about a caravan’s tow weight and other important performance capabilities are particularly worrying given the grave safety implications for consumers,” Ms Rickard said.

“The ACCC will investigate and take enforcement action against suppliers and manufacturers we believe may have misled consumers.”

Consumers also reported they were misled about repair support. Many were told there were service centres Australia-wide, but that did not turn out to be the case.

One survey respondent said when they contacted the dealership about where to take the caravan for repairs they were “fobbed off”.

The ACCC found that as caravan manufacturers could not offer the same networks as car dealerships, they often relied on third parties for repairs.

“As this can be expensive, some suppliers have stated a preference that, if the repair is not urgent and the caravan remains operable, the consumer should defer repair until the caravan is returned to the supplier,” the report stated.

“However, disagreement often arises between suppliers and consumers about what is urgent.”

The ACCC recommended that suppliers be very clear about what “Australia-wide” repair service meant and what it covered. 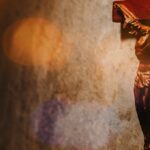