The Conversation experts take a closer look at what’s in store for the country in five key policy areas: health, tax, education, infrastructure and the environment.

The Coalition has won the federal election. So what will this mean for key policy areas?

Conversation experts take a closer look at what’s in store for health, taxes, the environment, education and infrastructure – five of the most closely watched policy areas in the election campaign.

Environment Minister Melissa Price has not been in the portfolio for long — only since August 2018 — but has already developed a strong reputation for either being silent, or merely rubber-stamping Coalition policies.

On the latter, she has never voted against the majority of her party since entering parliament in 2013, which means she voted against the carbon price, boosting investments in renewable energy, stronger marine and freshwater conservation measures and protecting the Great Barrier Reef.

But since taking over the portfolio, her low profile has meant that she has not voted on much environmental legislation at all, and she has regularly turned down requests to be interviewed on her party’s environmental policies, or to participate in a debate.

In fact, she was even absent from the prime minister’s launch of the Coalition’s environment platform in early May, except for a media release referencing the promise to provide A$100 million to tackle biodiversity loss – an amount deemed inadequate by experts. She has also been consistently silent following various environmental catastrophes such as intense bushfires, floods and fish kills in the Murray-Darling.

Her most recent notoriety arose from her signing off on the Adani groundwater management plan for the highly controversial Carmichael coalmine immediately before the 2019 election was called, despite condemnation from different research agencies.

In a similar move, she then approved the Yeelirrie uranium mine in her own electorate of Durack in Western Australia, despite the warning in 2016 by the state’s Environment Protection Authority of the high threat of extinction the mine posed to native animals.

Previously, she approved a controversial tourism development in the Tasmanian Wilderness World Heritage Area by concluding it should be exempt from assessment under the Environmental Protection and Biodiversity Conservation (EPBC) Act. She was also allegedly in breach of the EPBC Act itself by delaying decisions on species threat listing — an ironic act considering that her own electorate of Durack has the highest number of threatened species of any Australian electorate.

Price also challenged the advice of hundreds of the world’s top climate scientists that emissions must reach zero by 2050 in order to stop global warming at 1.5 degrees Celsius. She also repeats the Coalition mantra that Australia will meet its international emissions-reductions commitments, despite emissions continuing to rise. However, she has recently acquiesced and at least admitted that many environmental disasters in Australia are in fact linked to climate change.

Finally, Price is probably most infamous for insulting the former president of Kiribati by accusing him of being in Australia only “for the cash” — a denigrating comment for a nation in great peril due to climate change.

Returning as treasurer, Josh Frydenberg can count on a mandate for the LNP program of income tax cuts put in place at the last budget. These tax cuts deliver a substantial permanent reduction in tax for wealthy Australians and flatten the overall tax rate structure. But for middle income earners, they barely return bracket creep.

These are going to cost a lot of money over time. A lot more could be done to secure the tax base – increasing its efficiency and fairness, easing compliance and administrative burdens, and closing the tax gap. That includes fixing holes in the income tax base and broadening the base – especially work-related deductions, and addressing the gaps in the GST. But none of that seems likely to happen in this term of government.

What is the LNP tax policy apart from income tax cuts? As usual, there’s a long list of unlegislated tax measures to modify details of the tax system and fix problems in it. But there’s not much big tax policy in the LNP’s agenda.

There is bipartisan support for ensuring multinationals pay their fair share of tax. The G20 ministers will be deciding on – or derailing – proposals to tax the large digital tech companies next month. Australia may need to decide whether it will seek to implement a digital services tax on the tech giants (a decision deferred following a treasury discussion paper last year), or throw support behind a US proposal to allocate their profits more fairly around the globe.

The LNP has a problem with corporate tax domestically. Having failed to persuade the people or the Senate to cut the corporate tax rate to 25% – in spite of rates trending down around the world – its unlikely to have any better luck this time around. 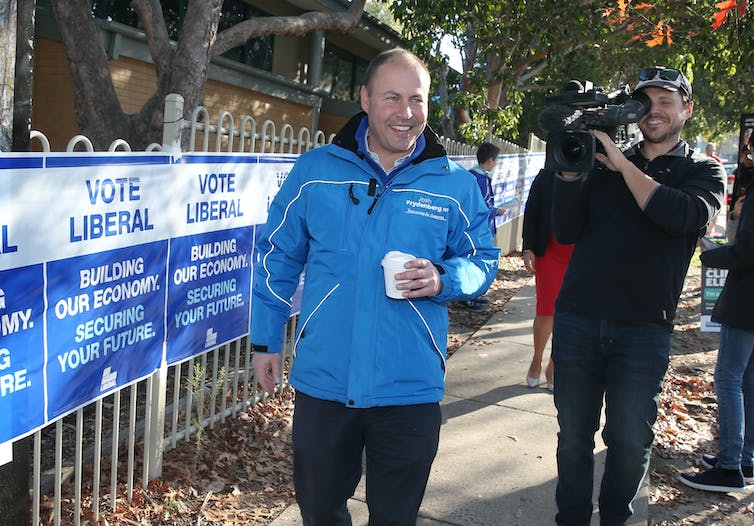 The Coalition’s tax policies focus on simplifying the tax system, and will cost the government A$158 billion over the next ten years. David Crosling/AAP

The re-elected Coalition government has some big policy decisions to make. In early childhood education, the Coalition needs to shift focus. It favours childcare at the expense of preschool, but both need investment.

Preschool funding for 4-year-olds has once again been rolled over for just one year. The focus on attendance by disadvantaged children is good, though modest. The Coalition must also pay more attention to quality.

School funding is unfinished business. Dan Tehan’s first action as education minister was a peace deal with Catholic and independent schools. Most of the extra funding was appropriate, but the A$1.2 billion Choice and Affordability Fund was rapidly, and rightly, labelled a slush fund. It should be scrapped.

Last December’s National School Reform Agreement with the states made matters worse. With the Commonwealth’s blessing, states must ensure private schools, but not public schools, reach 100% of their funding targets.

States can use accounting tricks such as depreciation to meet their Gonski commitments. With depreciation, states can claim the up-front cost of school buildings, which can’t be used to hire teachers, as part of their contribution towards operating costs.

While all three school sectors will get funding increases under the Coalition, current policy settings won’t reverse the effect of the past decade, when nearly all the extra resources went to private schools.

Beyond funding, most of the Coalition’s other policy plans are sensible enough, but small-scale in nature. Many are in progress, but several will be hard to implement. The most promising is the national evidence institute, so long as it is set up with real independence and a broad remit.

The Coalition made few new health promises during the campaign. Nonetheless, life will not be easy for the minister, Greg Hunt, on his return to the health portfolio.

The first task will be getting the 2019 budget through parliament and implemented.

An important initiative in the budget was the introduction of a GP enrolment payment for people over 70. This was recommended by last year’s review of the Medicare Benefits Scheme, but the details still have to be negotiated. Even if the new payment is successfully introduced, more will need to be done to improve primary care.

High on Hunt’s agenda will be the unmentionables – all the things the Coalition avoided talking about in the campaign but which nevertheless loom as challenges in health policy. 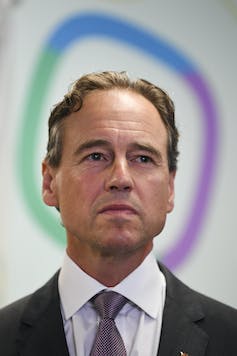 One of these items is whether private health insurance remains viable into the future, for instance. The recent introduction of Gold, Silver, Bronze, and Basic products will not be enough to fix industry sustainability.

Hunt will also need to finalise a new agreement with the states on public hospital funding. The new minister will have to clean up the mess the Royal Commission on Aged Care has uncovered.

And he will have to tackle the issue of rising out-of-pocket costs for patients. Making doctors’ fees more transparent won’t fix the problem – and the Coalition hasn’t yet given any sign that it is willing to fill the biggest gap in our health system, by committing to a universal dental care scheme for Australia.

The infrastructure landscape has changed massively since the days when public works, as they were known, were funded from government balance sheets and run by utilities and government agencies.

Only urban water remains overwhelming in public hands, although behind each city utility lies thick portfolios of private supply and maintenance contracts.

A role for private capital in public infrastructure has become normal, and there seems to be political acceptance of this. Yet there hasn’t been a withdrawal of public sector involvement, and this needs stressing.

But the format for infrastructure ownership and delivery following this election is far from clear.

– The first is the political process for identifying how large infrastructure projects are chosen. The planning capabilities of our governments seem long gone. The idea of an independent agency with clear objective vision – such as Infrastructure Australia at the federal level – struggles for legitimacy. The possibility that private sector operators might meet public needs via “unsolicited proposals” has been exposed as heightened rent-seeking.

– The second is the role of government in capital formation and risk-taking. In the New South Wales Treasury, this role is outsourced to global financial services firms. Deal-making is opaque, contracts are secret, long-term public liabilities are unknown and the public interest hasn’t been guaranteed.

– The third is the value placed on externalities – the expectation that infrastructure will make a city more habitable, more resilient and fairer. This aspiration is foreign territory.

We have had a quarter century of infrastructure experimentation. Rightly, the old left remains unconvinced about the merits of the project. Time for our new federal government to deliver.

How did the polls get the election result so wrong?

How did the polls get it so wrong? What happens now?

Older Australians weigh in on their favourite PM

An old favourite becomes an all-time favourite, while his nemesis trails close behind.

Australia mourns the death of one of its favourite sons

An outpouring of grief and fond memories marks the passing of Bob Hawke.