A man wakes up in the hospital bandaged from head to toe.

The doctor comes in and says, “Ah, I see you’ve regained consciousness. Now you probably won’t remember, but you were in a huge pile-up on the freeway. You’re going to be okay, you’ll walk again and everything, however, your penis was severed in the accident and we couldn’t find it.”

The man groans, but the doctor goes on, “You have $10,000 in insurance compensation coming and we now have the technology to build a new penis. They work great but they don’t come cheap. It’s roughly $500 a centimetre.”

The man perks up. “So,” the doctor says. “You must decide how many centimetres you want. But I understand that you have been married for over 30 years and this is something you should discuss with your wife. If you had 10cm before and get 20cm now she might be a bit put out. If you had 20cm before and you decide to only invest in 10cm now, she might be disappointed. It’s important that she plays a role in helping you make a decision.”

The man agrees to talk it over with his wife.

The doctor comes back the next day.

“So, have you spoken with your wife?”

“And has she helped you make a decision?”

“What is your decision?” asks the doctor.

A man wants to rent a camel. He drives around and notices a man on the side of the road sitting with a sign that says, “Camel 4 Rent”. He pulls over and talks to the owner about a rental.

“$250?! That’s pretty expensive. How am I even supposed to know this camel is any good?” asks the man.

“It is the fastest, most reliable camel in all the land,” the owner quips. “Here, I’ll show you.”

The owner places the camel on two large rocks then walks below it and smacks the camel’s testicles using two stones. The camel jumps and proceeds to run at breakneck speed.

“Tell you what, can you step on these two large rocks real quick?”

An Englishman, an Irishman and a Scotsman each order a Guinness. Just then, a fly drops in each of their pints.

The Englishman says: “How dreadful. Barkeep, take this pint back at once, I couldn’t possibly touch it, it has a fly in it!”

The Irishman flicks the fly out with the back of his hand and chugs his beer. 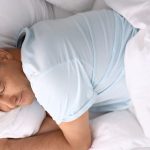 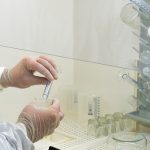